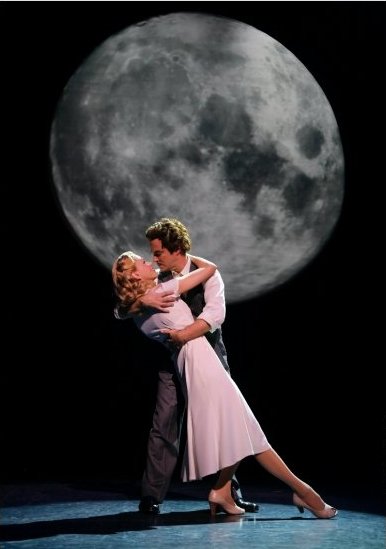 The touring production of the Broadway version of Mel Brooks’ Young Frankenstein is currently at the Princess of Wales theatre in Toronto, and anyone who spent their youth spouting lines from the original movie to whomever was in earshot would be well advised to check it out. In fact, anyone with a taste for the zany would find their bum-in-plush-seat time well spent.

This advice does come with a caveat; Young Frankenstein purists will be confronted with a more colourful and vivacious rendition than they may be expecting, and theatre purists will be confronted with a surprisingly lengthy show unsurprisingly short on gripping plot, complex characters, subtle performances, or any of those other annoying little considerations that get in the way of a good goofball comedy. To put it another way, the maturity level of this indulgently cornball show is exactly what one would expect from the creative laboratory of Mel Brooks - and he needs to make no apologies for it.

The best way to consider this stage version is not as an adaptation, but rather as a companion piece to the film - with an extra dollop of song and dance. All of the classic jokes and scenes are still present, but many of them taken to new heights of silliness. It may be a bit much for the Young Frankenstein virgin, but for anyone who hasn’t been living under a cultural rock for the past thirty-something years, it’s a clever move that avoids a feeling of familiarity or the recycling of material.

The entire core cast and ensemble are a delight to watch, but the stars of the show are Roger Bart as Dr. Frederick Frankenstein and Cory English as Igor (that’s Eye-gor). Bart makes the role his own, channeling some of Gene Wilder’s wide-eyed deadpan but adding his own impressive motor-mouth skills and manic stage presence. The boisterous English is Bart’s perfect Foil, their comedic timing is in lock-step and their enjoyment of each other’s presence (both as characters and performers) is palpable. There is more than one moment when the audience is left guessing whether the back and forth they are watching is scripted or whether it is seamless improv between the two expert performers. Beth Curry as Elizabeth and Anne Horak as Inga both hold their own comedically with the leading men. Curry is especially noteworthy for lacing her character with wry subtlety unique to the show. Joanna Glushak hams it up a little too much as Frau Blucher but still gets plenty of laughs.

Director Susan Stroman infuses the show with a cinematic quality, changing scenes often and utilizing plenty of visual flair. The extended “Putting on the Ritz” sequence is particularly memorable and includes the stunning use of strobe lights to create tableaus of dancers in mid air. A towering and very mobile puppet version of Frankenstein’s monster is another element that leaves a lasting impression.

Young Frankenstein isn’t what you’d call “challenging”, but then again, theatre isn’t always about being challenged - sometimes it’s just about a good laugh and a good time and this show delivers on both those fronts.

Young Frankenstein continues at the Princess of Wales theatre in Toronto until April 18th. For more information put on the ritz here.