The Women of Papiyek - to Name and to Remember 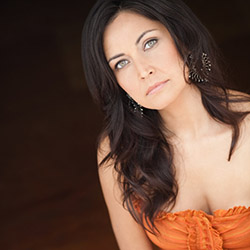 The Women of Papiyek opens with Elizabeth, Martha and Taqood naming: the naming of those who are gone but who must be remembered. Transcending time and space, the women themselves are dead but are stuck in some kind of limbo looking for a way to the next level of existence.

The Women of Papiyek recounts the story of the three women, real women who once lived in what is now called Brockton Point in Stanley Park.

It turns out that the three women are of different ages and different eras but that was difficult to determine and I only really understood all the details when they were explained in the Q & A sessions after the reading. Written by Quelemia Sparrow, this is only the first act of a two act play, so it may be that all will be revealed in the second half. I was glad for the explanations which helped in my overall understanding of the work.

Although they are from different eras, the three women know each other very well. Taqood, it is discovered, can leave, or at least transport herself for brief periods. In doing so, she allows the other two women to revisit loved ones and parts of their lives, learning new information along the way. But remembering the past is not the escape they want.

The play recounts some of the historical facts of the lives of the people of the park, many unknown to the Vancouverite on the street. It also seems to be interweaving the idea of naming and of witnesses into the story, both of which may play a significant role in the outcome. It is hard to say with the playwright still developing the second half.

It is interesting to see a play in the works. Quelemia Sparrow’s grandmother lived in Stanley Park, which was home to multiple indigenous peoples before it was declared park land in 1886 and many were evicted. She has taken this story, the real lives of real people, and she has named them for us so we will not forget.

The Women of Papiyek was the final dramatic reading in the Advance Theatre series, which gives voice to women playwrights, directors, and actors. The need for the series is an unfortunate outcome of the dwindling numbers of women in leadership roles in Canadian theatre. For more information on women and Canadian theatre visit http://www.eit.playwrightsguild.ca/

Note from Melody Owen: I can’t be sure I am spelling the name of the characters correctly. It was not in the programme and I have tried to look up the information, to no avail. If any of our readers can provide corrections it would be most appreciated.