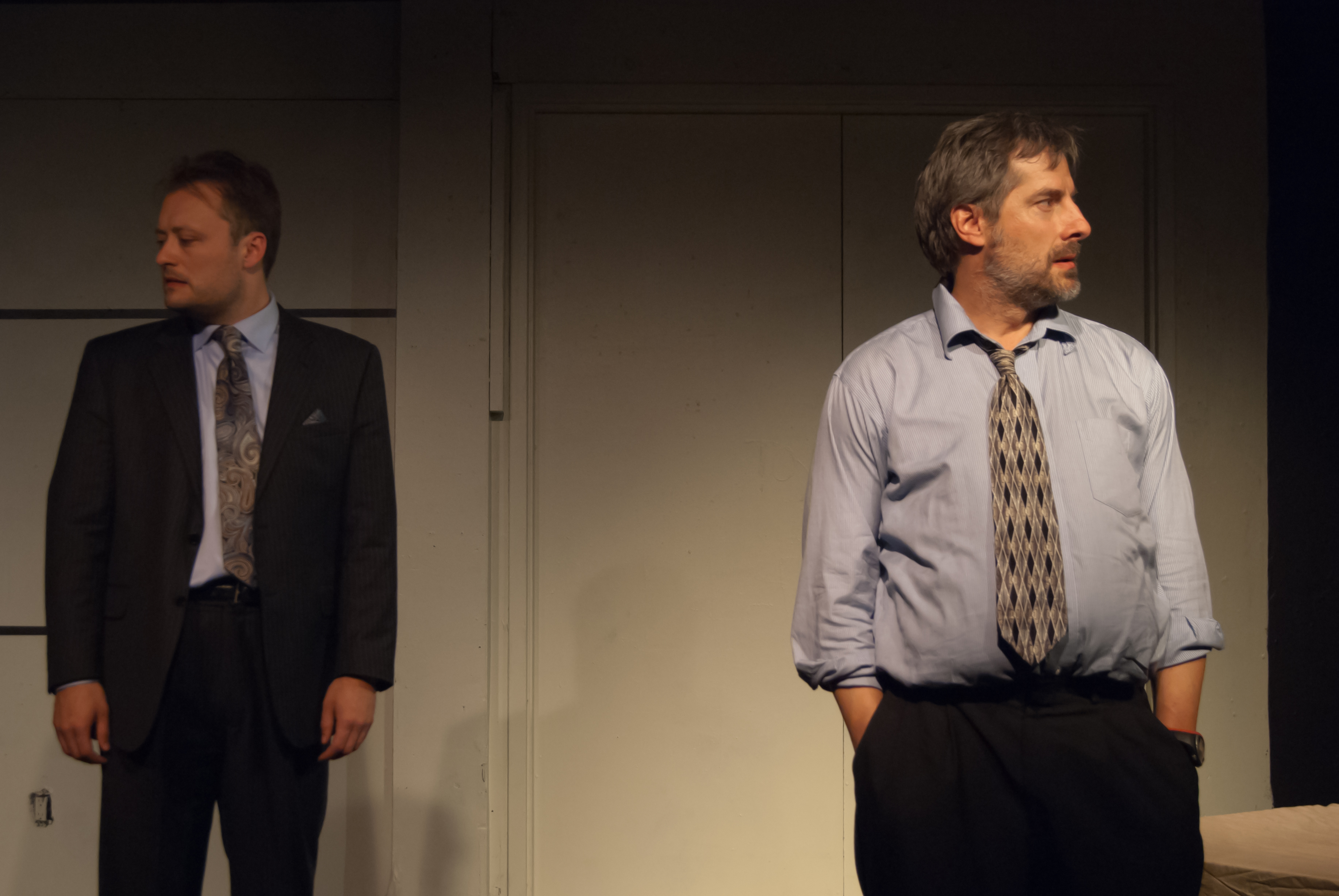 Blank Slate productions presents Beau Willimon’s Farragut North at Havana Theatre until May 26th. Director Nicky Anderson hits the nail on the head when she calls it “timely script” in her program notes.  The plot revolves around politics and journalism, but you don’t need to be interested in either to get something out of this play.  Willimon himself said “the subject of the play is not politics, that’s just the world it takes place in.” It’s a modern day tragedy, about a character who so passionately wants to achieve greatness in his life that he loses his personhood to get it.  In a world where results are so important, this play about ethics and integrity is worth a watch, and this company does a nice job of conveying the story.

The acting ensemble is large and the cast does some good work. Andrew McMorran carries the show as Stephen Bellamy – a man who has been living and breathing politics from the age of 15.  On stage for the entire play McMorran’s relaxation and ease make him very enjoyable to watch.  He adeptly portrays Bellamy as a man of many faces by showing us a different flavour in nearly every scene.  Meaghan Chenosky’s Molly is a delight.  She starts off doe eyed and later reveals intelligence, strength and heart.  Kristopher West is great as the grizzled and jaded Tom Duffy, and Johnny Gingell’s overwhelmed Frank is hilarious.

Overall, I enjoyed the play, but it took a while for me to get into it. I thought the stakes were too low in the first part. The first seemed especially rocky.  The cast’s strength and power built, however, as the play went on and when things become more dire after intermission it  really started to cook.

The set, by Amada Larder is creative and conceptual.  The back wall is a ballot and a graph of the polls, painted white.  Boxes painted with an American flag serve as furniture and the actors reconfigure them to create new spaces.  These elements provide a constant reminder of the political world.  However, the stark white of the backdrop combined with the general white wash of light in the small theatre stripped the stage of any potential atmosphere. The costumes are simple and plain, and add to the naturalistic tone of the play.  This production has a lot of heart and soul and with such good writing you’ll walk away with some food for thought.