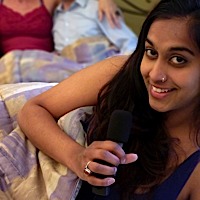 In Spin, Ben, the governor of Maryland, finds himself in political hot water for "copping a feel." His spin doctor, Billie, who "manipulates events in the service of truth," convinces the gov to recruit Ted, US Marine, astronaut and state hero, to join the ticket and assure re-election.But they also have to woo Ted's wife, Sally. After two years of being an Earth-widow, she just wants her man to herself for a while. Further complicating matters, she's infertile.

"I wish they had kids," says Billie. "American are the sappiest people on the planet."

Like most of us, Ted has a past, which includes a high school incident that led to a DUI conviction and the permanent paralysis of his best friend. These details are news to Sally and threatens their relationship.

Following an appearance on an Oprah-like TV show, Ted, "as good as his word," is applauded by Ben for the "good coverage, and you didn't say squat." We can't help laughing because it's so disturbingly accurate.

Despite pedestrian direction and some shaky acting, particularly in the early scenes, Spin is a gem of political satire well worth checking out. And there's a dubious bonus for Canadian theatre fans as the actor playing Ted has an eerie resemblance to the young Stephen Harper.