The Seven Lives of Louis Riel: Why I ? Ryan Gladstone 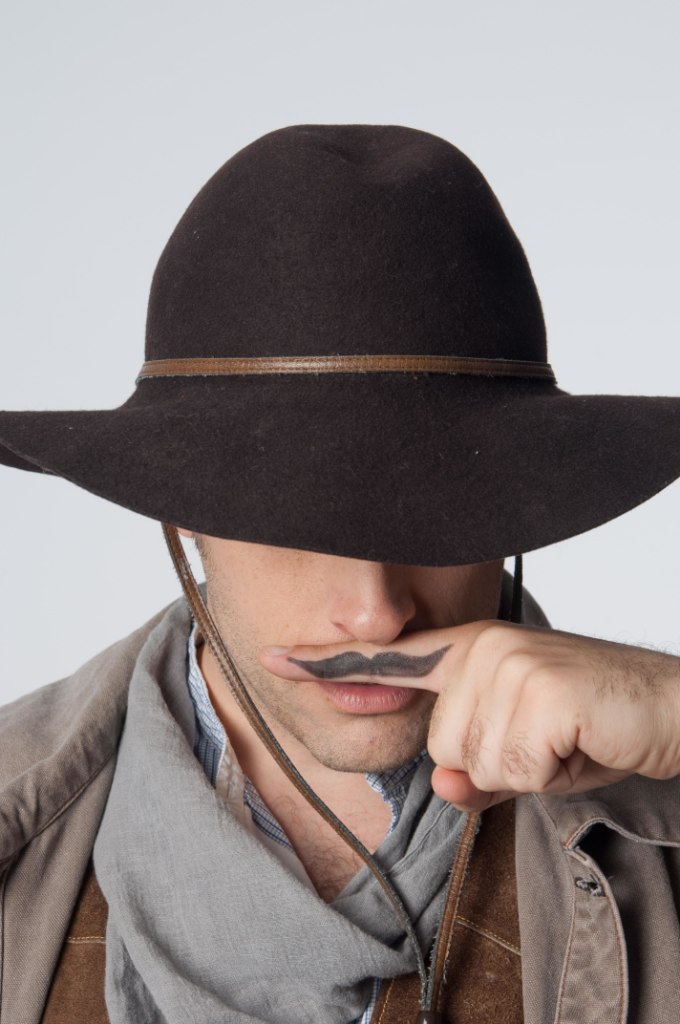 Doesn't seem so hot to me, and what's he doing with his finger?...

Vancouver: Oh, my god, like OMG! I just have to tell all you Fringe types how important it is that that you go see this play. It’s just fantastic. Like, Ryan Gladstone is AAH-mAAzing!  I think I’m in capital-l love.

So, T7LLR (The Seven Lives of Louis Riel, duh) begins by flippin the bird to the fourth wall. Like, at first I think Gladstone is a second usher or something, brought out to remind us to turn off our cell phones, but instead he talks about reading seven different books, each about this guy named Louis Riel and each massively different from the next. They don’t share the same interpretation or analysis or presentation, he said. Whatever. Ryan is so cute that I had to text my friend about it.

“He may have been the most complicated person in Canadian history,” Ryan said, and about a half dozen losers applauded when he asked if anyone had never heard of Louis Riel. I mean, turn your brain back to Social Studies 11 when Mr. Kronenberg told us about the Red River Rebellion and the Métis leader who was hung for wanting some land of his own and to, like, go to confession.

So then, Ryan becomes all these different men who knew Louis Riel and we get to watch as these men (like, no women, Ryan? WTF) fight with Louis Riel, kill Louis Riel, become best friends with Louis Riel, think Louis Riel is crazy or think Louis Riel is, like, bff with God. We also meet this woman named Dominica Canada, who is a majah bitch and betrays Louis Riel because she’s greedy and probably wants to get laid. This guy, some kind of alcoholic quick cummer, John A., does have a raunchy moment with Dominiona and I like to think they both get off. Don’t know what happens to her in the end. Strange, though, that a Quebecian wasn’t there for a threesome. That woulda been hot.

So, like, then Ryan gets all serious and stuff and reads from someone else’s diary. He reads that Louis Riel was a murder, an outlaw, a madman, a hero, a traitor and a prophet. But which one is the real Louis Riel? I couldn’t tell. Because then Ryan also said Louis Riel was a legend. So. Confusing.

Anyway, someone once told me about this thing called meta-theatre, and I don’t know what that means, but it was really just awesome watching Ryan know he was on stage and watching him role play all these roles, like with us knowing he knew we were watching. OMG, like, creativity is so hot. Imagination, too. And talent. Love.

T7LLR has got a lot of attention and in Winnipeg, they’re not so sure, but others in Manitoba say it’s totally a must-see and all that Fringe should be. Heh. I rhymed.

Ryan, totally though, is a heartthrob and I wish I had his Twitter so I could DM him.

If you agree with Megan's sister's choice in men - or if you've seen T7LLR - let us know below.