The Return of Futuristi!: recreating the future's past 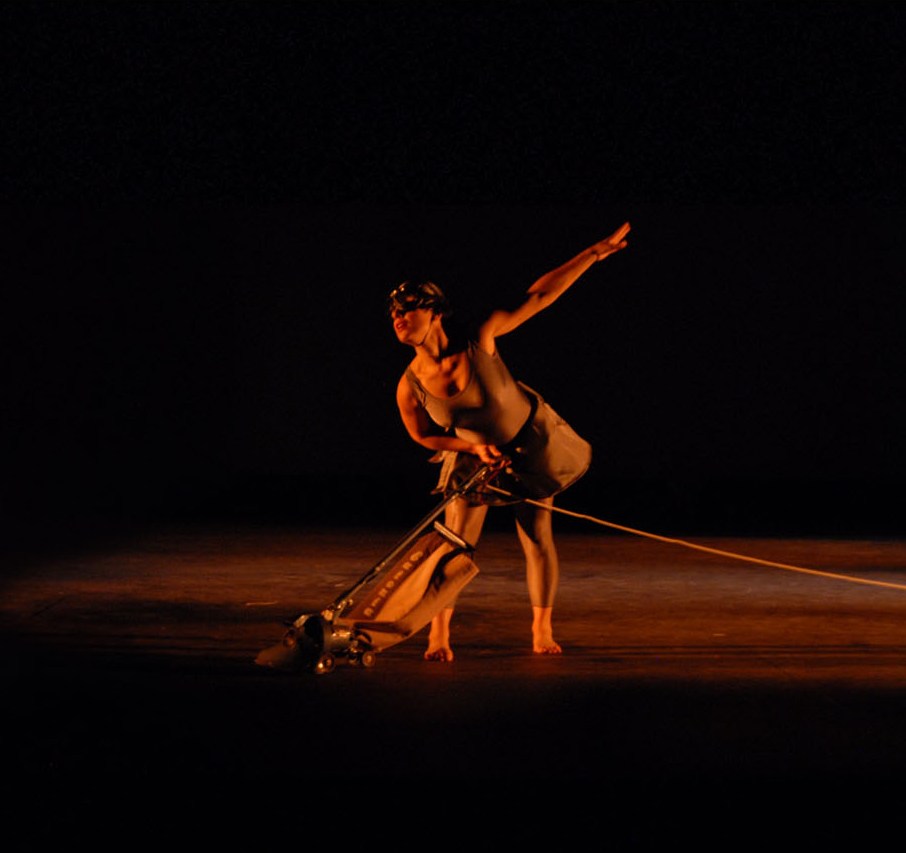 _We are deeply disgusted with the contemporary theatre (verse, prose and musical) because it vacillates between historical reconstruction (pastiche or plagiarism) and photographic reproduction of our daily life; a finking, slow, analytic, and diluted theatre worthy, all in all, of the age of the oil lamp._

That wonderful quote is from Filippo Tommaso Marinetti, one of the founders of the Italian Futurist Movement. It was inside the program for the BellaLuna/Theatre at UBC co-production of Return of the Futuristi. It touches upon an intriguing paradox that I’m sure the producers were well aware of. Futurism (which existed in various forms from 1909 – 1939) was, I gather, about smashing the stifling conformity of their time and, crucially, throwing off the fossilised history that sat heavily on Europe in the early part of the 20th century. It’s as if the Futurists were pointing out that technology was advancing but culture wasn’t. Now, 100 years later, we have on a Vancouver stage a recreation of a historical movement that – at core – was about destroying historical connection.

The production evokes the look and era of the Futurists. The performance space is stripped bare, painted black and lit simply (but effectively) by spotlights. The costumes are dark and formal, as you’d expect Italians at that time to dress; the props are simple and to the point. The production is made up of 23 sintesi, translated as “small explosive playlets”, of varying length and not connected to one another. Structure, narrative and thematic development between and during the sintesi are purposefully messed around with (Monty Python suddenly seems a lot less original). The majority of these playlets are drawn from original Futurist works, with a few original creations by BellaLuna thrown in. One of the new works was a real highlight: A Silent Dance for a Loud Dancer was created and performed by Susan Bertoia. It’s basically a pas de deux between a woman, dressed somewhere between a ballerina and a synchronized swimmer, and her vacuum cleaner. It also contains one of the evening’s most effective evocations of technology. The vacuum is accidentally unplugged and Bertoia abandons it. We then watch the bag of the upright sadly deflate like a lung gasping its last.

Collisions between machine and human are repeated throughout the production. It is one of the few clear leitmotifs (perhaps the only one) that the audience can cling to amongst the onslaught of absurdity. Actors often move in a robotic manner or complete repetitive, machine like acts or move across the performance space in straight lines. The technological future envisaged at the time is clearly evoked by one sintesi, another BellaLuna original, where Flash Gordon robots attempt to dance, to become human, while above them, someone who looks suspiciously like Jerry Wasserman does the hustle on a giant screen.

According to the program, Futurists “loved speed, noise, machines, pollution and cities… They sought to bring movement and chaos to the theatre world, to create a theatre of mechanization and movement, a theatre that would capture the spirit of the future… Ironically the writers of the [movement’s theatrical works] are NOT writers but sculptures, painters and poets.”

I think this last point is critical. I assume that the original Futurist performers were also not trained actors. This may sound like a strange criticism, but I wonder if the performers in Return of the Futuristi were actually too good, too polished (and, it has to be said, in a few cases, too young – but this is easily forgiven as a part-student production). From what I gather, the work should have the energy of punk rock. Just as the Sex Pistols were famous for (allegedly) not knowing how to play their instruments, I wonder if sintesi performers should not really know how to perform quite so well. I suspect that this was work that was meant to be shouted frantically by people who don’t know how to use their voices properly.

I’m reminded of what George Lucas was reputed to have said to Harrison Ford when the actor asked for direction in a scene: “louder, faster”. It was almost like we needed a Lucas-like crudeness of performance. Without frantic energy to drive them, some of the sintesi did drag for me and the long first act did become a bit of a grind.

There was no shortage of energy or passion in Alternation of Character. A man and woman (Marco Soriano and Beverly Bardal) burst out into the audience and start clambering over people in a desperate need to get as near and then as far away from one another as possible. Bardal is fabulous, her arse inches from a young man’s face one moment and demanding of another “give me your lips” the next. The scene is wonderfully executed and the audience was buzzing.

Another personal favourite was They Are Coming, with Kerry Allchin, Astrid Varnes and Joe Procyk, which involved two characters setting and re-setting a dining-room, while a third character charges across the stage shouting “they are coming”. The execution of the piece is terrific – including beautiful touches, such as the female server repeatedly moving a step closer to the male server after they’ve finished rearranging the furniture. It’s especially evocative to anyone who’s ever been a server.

The Return of the Futuristi was an experiment worth making, especially for anyone with an interest in 20th century art or theatre. I’m not sure how well the production solves the paradox of making an icon out of something that was iconoclastic, but perhaps that doesn’t matter. While it’s fascinating to see the work of these artists recreated, it’s difficult to judge it, taken out of context as it is. Despite useful information in the program – and useful resources online – I found myself longing to know more about the Futurists and the specific era they worked in. I felt I needed to understand the context of their rebellion more clearly. We have come so far in 100 years, particularly in our relationship to technology and shifts in what “shocks” us. The movement itself encompassed the “war to end all wars” but ended, fittingly, at the start at Europe’s second great bash at self-annihilation. By then machines really were killing people. And maybe it just wasn’t funny anymore.