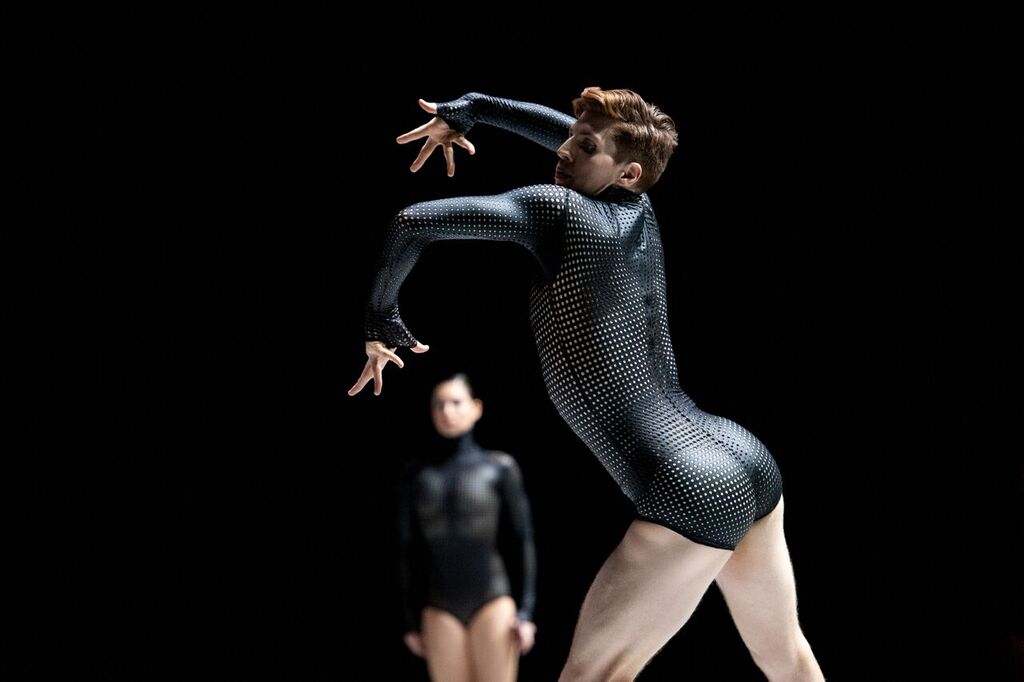 I make no secret of the fact that I am a huge fan of Ballet BC. I was delighted to discover Vancouver’s resident contemporary dance company when I moved here from England three years ago. Even within that short time they have grown in stature, exuding a quiet confidence in all they do. They have become highly respected by audiences, critics, and choreographers alike. The success of the company is, in large part, down to director, Emily Molnar, who skilfully broadened the appeal of Ballet BC without compromising an ounce of its artistic integrity. She has continued to push the envelope of artistic excellence and innovation. They are a vibrant company, never complacent, and eager to try new things, and therefore attract the attention of the world’s finest and most innovative choreographers looking to try out new work.

Program 1, which opened last night at the Queen Elizabeth Theatre in Vancouver, featured four works by choreographer in residence, Cayetano Soto. The world premier of ‘Beginning After’ is a beautiful work, with lighting designed by Soto to enhance the monochrome and sparse stage, upon which masculine and feminine identities appear dissolved. The costumes, also of Soto’s creation, are uniform, black, high collared leotards that accentuate the body’s form. Strong, clearly defined shapes punctuate this piece. Dancers quietly and elegantly exit the stage while my attention is seamlessly drawn to the next ensemble pair or solo. This is beautifully crafted choreography, perfectly staged with every element in harmony and balance. The music, by Handel, fades at the end of the piece leaving two dancers on stage with their breath rhythmically accenting their remaining movement. It represents but one of the many delicate touches Soto applies to his pieces.

‘Fugaz’ was written about Soto’s father and dedicated to him. Premiered in 2007, last night saw it’s first Canadian performance. With music written by Gurdjieff and Thomas de Hartmann, ‘Assyrian Women Mourners’, this was a powerful and moving piece from the start. Soto again makes exquisite use of lighting, creating strong contrasts of light and dark. In all the works in Program 1 it is clear to see the choreographer’s attention to detail and his ability to create unique environments for his elegant language of movement to take form.

"Sortijas", also seeing its Canadian premier, is a short duet set to the extraordinary ‘What Kind of Heart’, by Lhasa de Sela. This is a simple yet visually engaging dance of longing on an empty stage with a backdrop of cloud-like dry ice. I loved that the movement continues as the curtain descends creating a sense of the continuation of the dance and the suggestion of it extending beyond the confines of mere stage and theatre.

The final work of the program was the world premier of "Schachmatt". This was a light-hearted, cheeky, hugely entertaining ensemble piece, which, while being contemporary on many levels also had a sense of being from another time. It put me in mind of quirky, animated sequences of fifties chorus lines. This was a performance full of gusto and humour, exaggeration and play. The ensemble work was striking in its uniform execution and fast pace, and the company delivered with their trademark effortless grace.

Ballet BC never fail to impress and delight, and Program 1 of this 2016/17 season, sees them continue to demonstrate their class and technical brilliance.