The Particulars & In General: mesmerizes 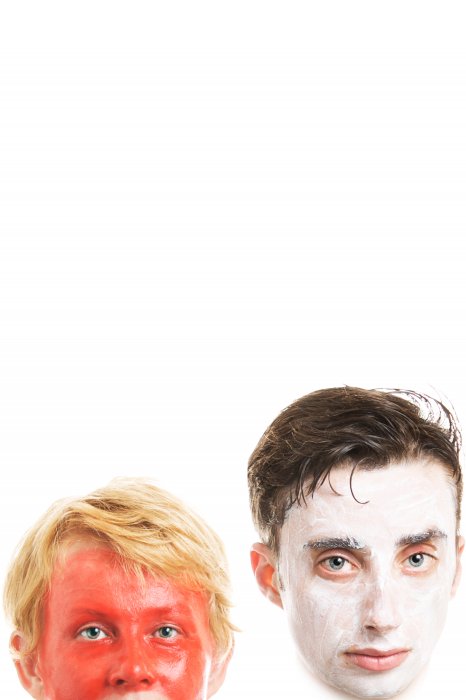 Another incredibly strong entry in this year's SummerWorks Festival, The Particulars & In General ::with wit, tenderness, and a razor sharp script from Matt MacKenzie.

The work is split into two monologues, the first delivered by Lillian (Elizabeth Saunders), a female minister who recounts to her congregation her spirit-testing trip to Africa, the second by Gordon (Simon Bracken), an idiosyncratic vegan office worker who details his private and life altering battle with a stealthy nocturnal animal intruder.

What is particularly remarkable about these two monologues is that despite the entirely different tones and styles of the two stories, both are equally expertly crafted; Mackenzie's talents as a writer are obviously not pigeon holed. Lillian's story is delivered with a naturally convoluted manner characteristic of someone speaking off the top of their head (a deceptively difficult feat to pull off on the page), while Gordon dissects his ordeal in an exacting third person narration that elicits many a giggle. Thematically, both monologues touch on overlapping material (loss, faith, and the fragility of life) giving the piece a sense of unity as a whole.

Saunders and Bracken, under the proficient direction of Alex McCooey, both deliver powerhouse performances. Saunders is convincing as the rosy faced minister, delving into the her moving travelogue with impassioned grace and gut wrenching heart. Bracken is absolutely hilarious (in a very straight faced sort of way) as Gordon, his thousand yard gaze acting as the perfect compliment to his spiteful staccato. The fact that Bracken’s intensity is often completely at odds with the mundane details of his story is certainly one of the reasons his half is so utterly funny.

The Particulars & In General may not be a traditional crowd pleaser, but it is a perfect blend of intelligence and entertainment and deserves to be ranked as one of this year's festival's hits.