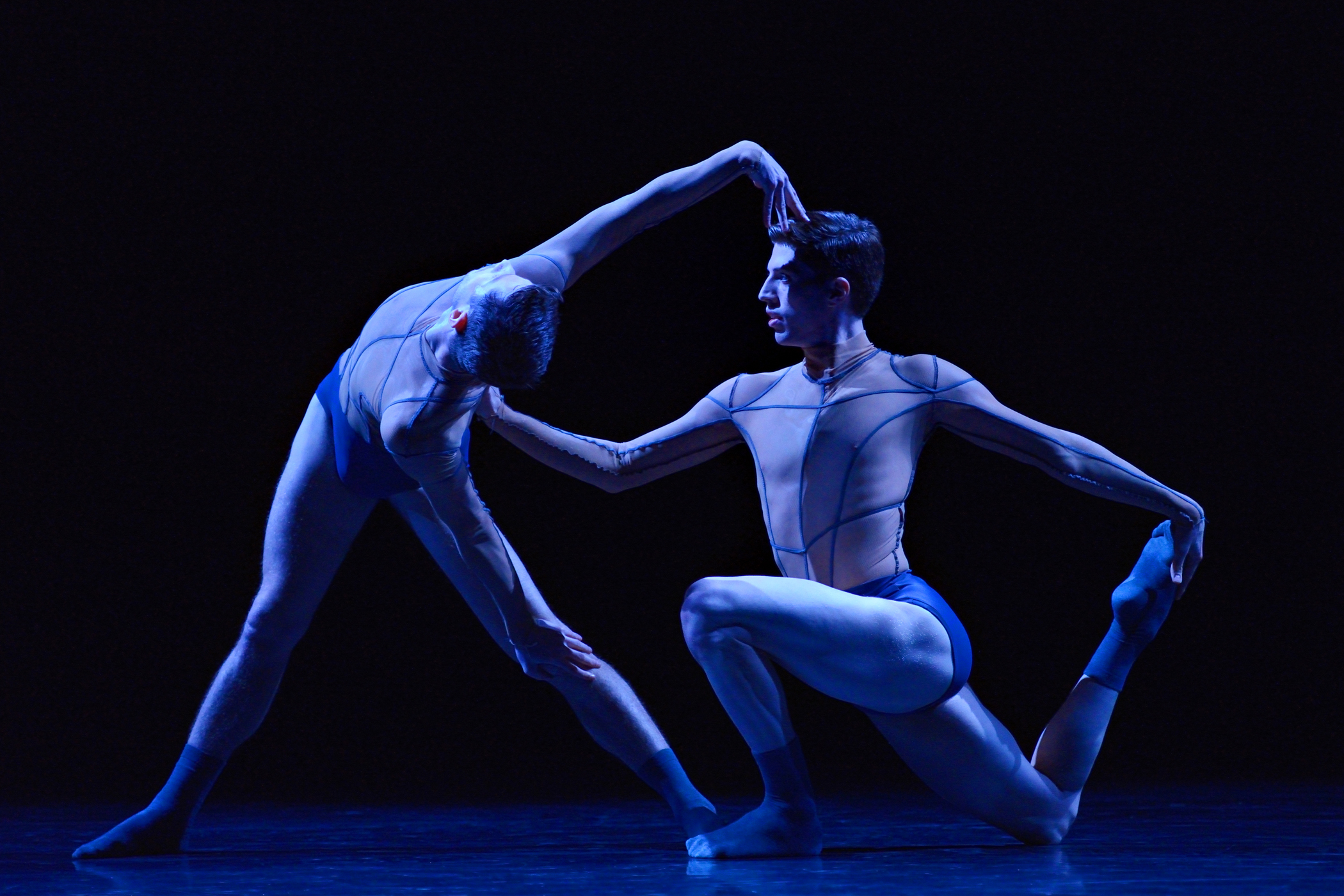 Ballet BC’s performances are always a pleasure, but No. 29 playing Nov 6-8 at the Queen Elizabeth Theatre literally left me speechless. Each of the three pieces within the production was completely different, but there was a theme, a through-line of tension that built throughout the evening and culminated in resounding applause.

The opening piece, A.U.R.A (Anarchist Unit Related to Art), created Jacopo Godani, was first performed by Ballet BC  in 2012. Clad in cleverly designed body suits that (from where I was sitting) convincingly disguised their gender, the dancers writhed and mutated on stage with a visceral intimacy. In contrast to the extremely fluid, sensuous choreography, the music and costumes were almost militant: sharp, bleak and impersonal. The light changed texture with the music, literally cutting dancers off by plunging them in darkness, separating areas of the stage and reaching out across the auditorium to swell and segment space. The juxtaposition of movement and atmosphere, light and dark, sharp and fluid was overwhelming and all I could do was surrender to the tug of chaos.

White Act, created by Fernando Hernando Magadan, was the world premiere of the evening. This piece was by far my favourite: not only of the three, but of my entire experience of dance to date. I literally could not speak for a full minute after the curtain fell. This piece reached in, cracked open my heart and clogged up my throat with its poetic beauty. I could not possibly describe it.

The evening crescendo-ed with An Instant: an intense, high energy piece created by Lesley Telford. Based on and incorporating the poem Could Have by Wislawa Szymborska, recited Amos Ben Tal, the vocal element was first introduced by the dancers themselves, exclaiming in unison during the more chaotic moments of choreography, hurling their energy through the air and into the lungs of the audience. This was followed by narrated voice-over which initially came off as rather pretentious but became increasingly more surreal and disturbing until I was completely swept up and unnerved. The flashes of colour, eruptions of sound and frenetic movement just kept building until I was on the end of my seat. When, at the last instant, the company dropped to the floor as one, I felt like I was left hanging over a cliff’s edge, snatched back just before death.

Energetically I can see why the pieces were performed in this order. Although I selfishly would have loved to have ended with White Act to have stumbled home drunk on that feeling, I understand that nothing could have followed An Instant. Especially not for the dancers.

I am absolutely blown away by the strength, subtlety, sensuality and emotional depth of the talent that make up the troupe of Ballet BC. No. 29 is an absolute must-see.