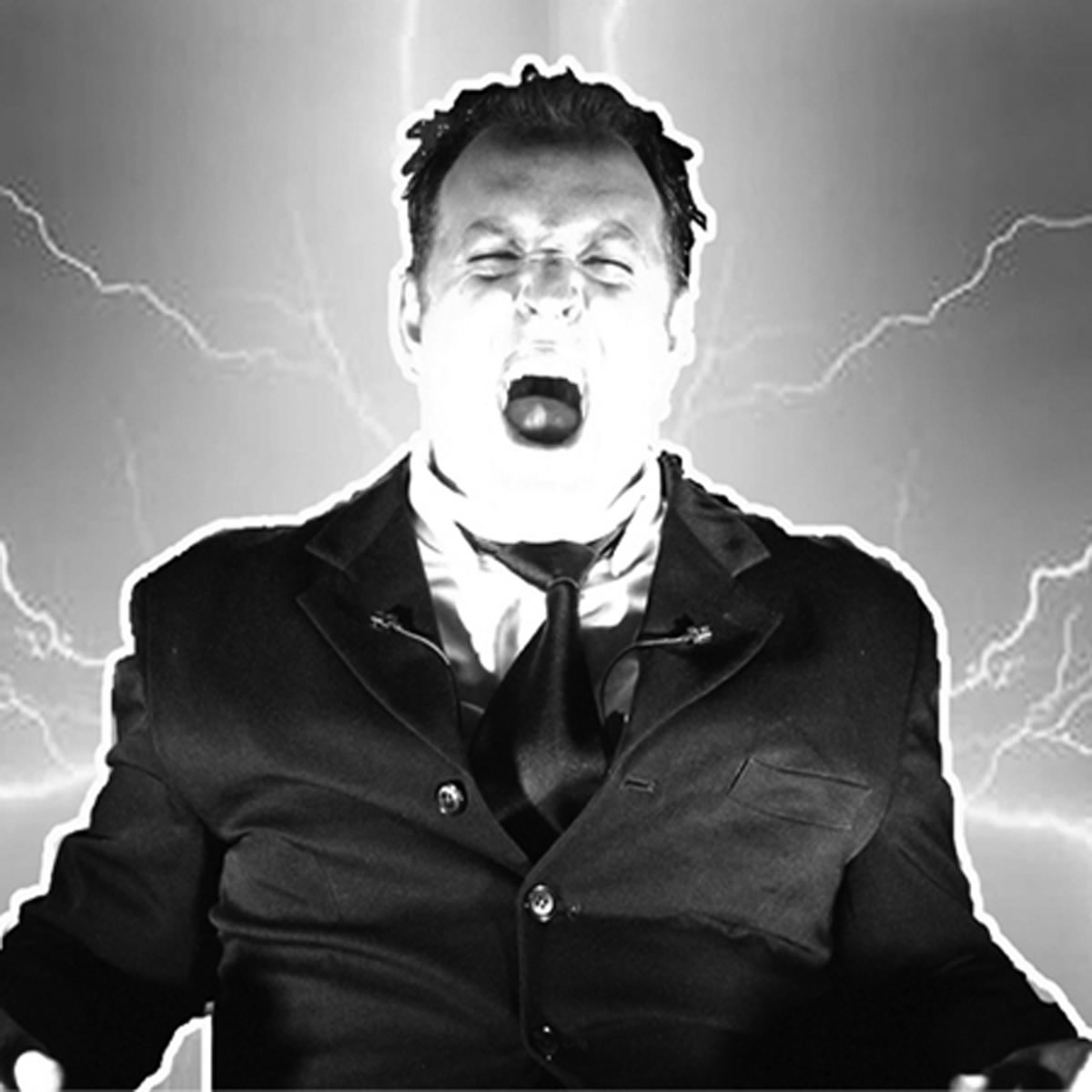 Dressed in a suit and tie, and confined to a custom-made contraption that resembles an electric chair, Craddock  ruthlessly interrogates none other than himself in a brutal, yet oft-times funny, form of mental self-torture. It's a tough show to watch. And it makes you squirm at least as much as it makes you laugh. Craddock, it seems, wants the audience to feel as uncomfortable as he appears to be throughout this claustrophobic experiment in self abasement. If this is his aim he has succeeded admirably.

The Intrepid Theatre Club (aka Venue 6) is an over-heated cramped space at the best of times, and so is perfectly suited for Craddock's in-your-face rant/confession/apology. The pace of the piece is unrelenting, and the two "intermissions" last about ten seconds each. To make the experience even more curiously disturbing Craddock is also in command of the play's lighting while he's performing. And so the controls for all the lights are built into the afore-
mentioned chair, making all the lighting cues literally at Craddock's fingertips. And there are a LOT of lighting cues. Craddock's amazing multi-tasking is superbly crafted, and must have taken forever to perfect; it's also exhausting to watch.

The story itself, seemingly autobiographical, is a strange combination of "Welcome to My Dysfunctional Family", "We're-All-Gonna-Die" and "Carpe diem" -
a bleak Beckett-like production that owes a huge nod to "Krapp's Last Tape".

"Moving Along", for better or worse, is a piece of pure theatre you won't soon forget.