The Mill: Canadian history with a helping of horror 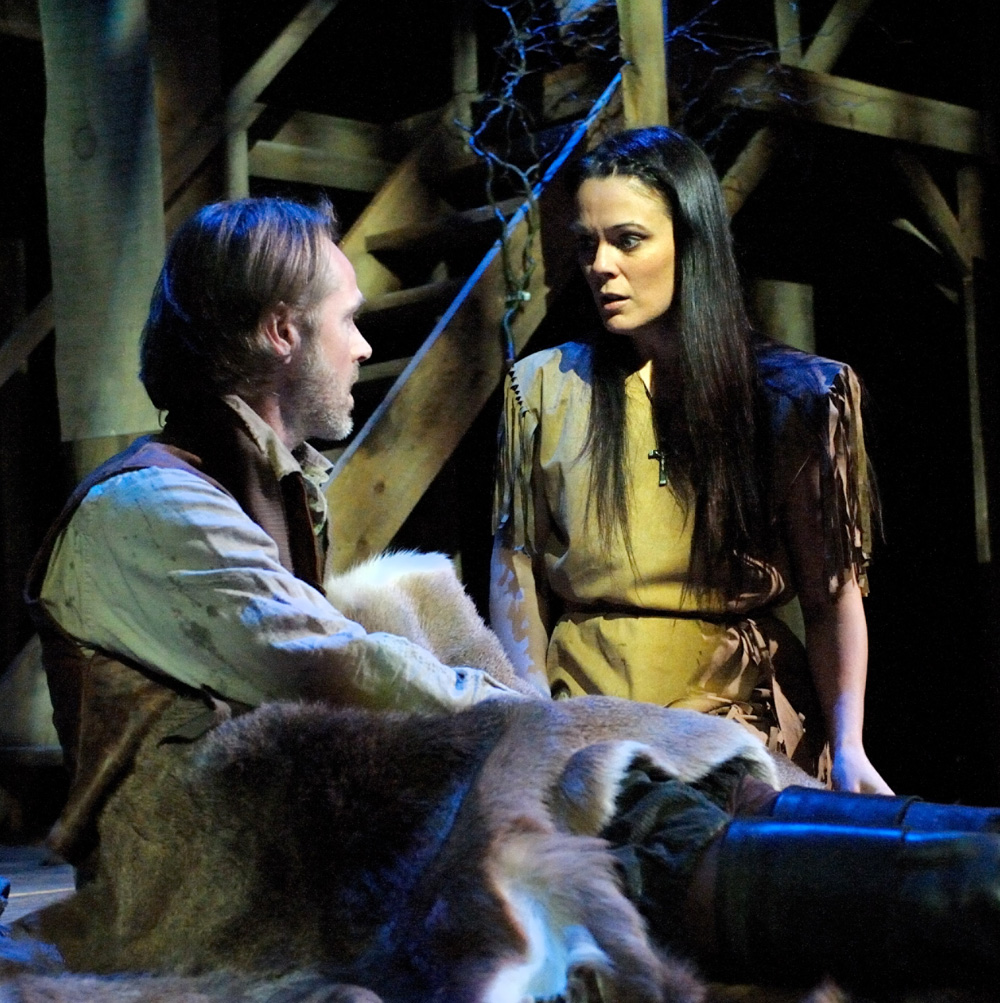 Ryan Hollyman and Michelle Latimer are at the mill.

It was after seeing Sebastian Croon’s Fringe show Circus last year that I lamented the rarity of horror genre work in theatre, so you can imagine my glee upon hearing about The Mill, an ambitious project conceived by Daryl Cloran and Matthew MacFadzean for Theatrefront. The Mill is a series of four plays forged under the manifesto, as described by MacFadzean, to “make Canadian history less boring”, particularly by telling it through the lens of fear. March saw the delivery of the series’ third installment, though I was lucky enough to catch up on the first two as they played in repertory.

Cloran and MacFadzean approached the project as a collaboration, crafting the initial performance themselves and then inviting three other writer/director duos to tackle each subsequent chapter. Conceived as an epic horror story, each creative team has opted to explore a different subset of the genre through their individual tales. Each production delves into a different period in the history of an isolated mill in the Canadian wilderness, thereby providing a platform to explore different stages of Canadian history. The core cast remains the same through each iteration, playing analogues of characters caught up in the mill’s sordid past.

In Part One: Now We Are Brody directed by Cloran and written by MacFadzean we are introduced to the mill in 1854, long abandoned on the outskirts of a town freshly rechristened with the name Brody. Michelle Monteith arrives is town as Charlotte, the descendant of the mill’s previous owner, intent, to the chagrin of a fearful townspeople, on breathing new life into the relic. Monteith’s arrival elicits a range of reactions from the locals; aggressive opposition from Maeve Beaty’s prim, god-fearing spinster, guilt-ridden fear from Richard Greenblatt’s stolid town patriarch, and intimate hospitality from Eric Goulem’s drawling, earthy Frenchman.

The arrival of Ryan Hollyman as Charlotte’s righteous preacher husband further complicates matters, though not so much as the eerie, waifish girl named Lyka (Holly Lewis) skittering around the periphery. What follows is a steady descent into madness and bloodshed, employing some amazing wirework that sends actors hurling across the stage or climbing walls with unsettling ease. Cloren and MacFadzean seem to be indulgently exploring the visceral aspect of the horror genre, with blood and screams aplenty as the character’s systematically fall prey to the mill’s appetites.

In Part Two: The Huron Bride writer Hannah Moscovitch and director Christian Barry transport us twenty years into the mill’s past, when the building was still a centre of industry for the small settler home of Jamestown. Beaty and Goulem return as younger, less scarred versions of their previous characters, while Hollyman now assumes the mantle of James MacGonigal, proprietor of the mill and the town’s namesake. The story again begins with the arrival of Monteith, though this time as MacGonigal’s coquettish cousin Hazel come to the new country from Ireland to work her relative’s mill, along with her own secret agenda.

Moscovitch and Barry craft their tale in the style of a ghost story, citing as influences the works of Henry James, Edgar Allen Poe and M.R. James. They eschew the viscera in favour of chiaroscuro, with the dark stage often lit only by handheld lanterns or struck matches. Lewis reappears as Lyka, though now the wraith is a living child, a ‘foundling’ adopted by a local couple and generally distrusted by the community. Even in its heyday the mill already boasts a docket of tragic secrets, though to trace the true roots we need to skip back a few more generations.

Playwright Tara Beagan and director Sarah Garton Stanley oblige us this insight into the mill’s past in Part Three: The Woods, set in 1640 on the land upon which the mill will eventually be built. The third creative team to explore the project draw their tone from folklore and myth in this prequel, mysteriously introducing us again to Lyka, now as a native child who owes her blonde hair and pale skin to the Jesuit settlers who ostensibly wiped out her Wendat tribe. An impulsive, bratty girl, she is raised by her strong-willed mother Marie, named by said Jesuits and played with stern and stoic pride by Michelle Latimer.

The lonely existence of mother and daughter is interrupted by the arrival of Ryan Holliman, reprising his leading male thread as lost French ethnographer Charles. Lyka greets the hapless stranger with an axe to the kneecap, and is decidedly leery when her mother decides to nurse the stranger back to health. What unfolds next is a series of temptations and deceptions between the three characters, easily viewed as a broad allegory for the meeting of cultures that formed our country.

Each chapter of The Mill draws its viewers deeper and deeper into a blood-soaked history as cultures clash and evolve to form the country we call home. The carefully crafted atmosphere keeps the audience on the edge of their seats, particularly thanks to Richard Feren’s eerie, cinematic scores and Andrea Lundy’s ethereal lighting design. Dana Osborne gets creative as costume designer with a whole wardrobe of period pieces, made all the more impressive in that they successfully hide wire harnesses and other effects riggings. Accolades also must go to set designer Gillian Gallow and her team for crafting the foreboding mill itself, a set that seems a character in the stories in its own right.

Although The Mill’s run of Part Three: The Woods at the Young Centre for Performing Arts has come to a conclusion, there will still be further opportunities to take in the tales with the upcoming staging of Part Four: Ash. The final chapter is to be written by Damien Atkins and directed by Jennifer Tarver, and rumous suggest the conclusion will be taking place in the mill’s present, or possibly even it’s future. Either way keep your ear’s open for an opening date next season (likely Fall), when the mill’s grisly story will once more be told, and it’s final fate revealed.

The Mill, presented by Theatrefront and the Young Centre for the Performing Arts. Conceived by Daryl Cloran and Matthew MacFadzean. For more information go here.