The Journey is Not Done Quickly: because it can't decide what genre it is 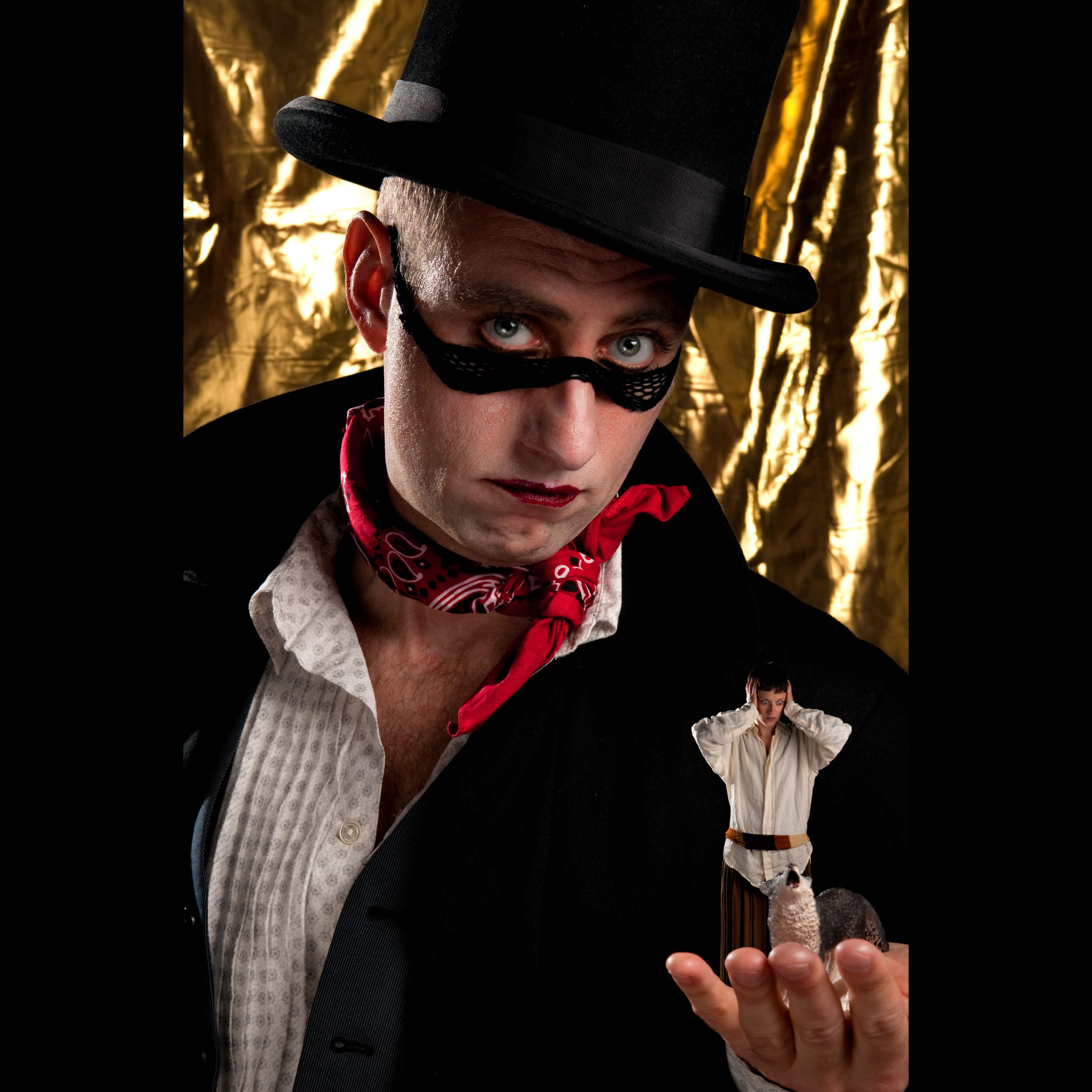 A bleak journey to happily ever after

Victoria: On its opening night, technical glitches got the better of this dark Russian Folktale featuring the Tsar’s son Ivan, the Great Grey Wolf and a rather peculiar narrator. In a tale about choices Ken Lang, who wrote the show as well as plays the role of narrator and the wolf, leads us through the Ivan’s bleak journey towards his “happily ever after.”

The first of many glitches were two obvious dropped lines, paired with many pauses as the actor grasped for lines. Although Lang has a voice at first silvery and haunting, the further into the show the audience went, the more muffled it became, to the point where Lang seemed to be a wheezing smoker (or was perhaps having microphone difficulties?). To be fair, running back and forth between roles and a huge wolf mask isn’t exactly the easiest way to keep your voice from sounding tired.

Alas, the difficulties didn’t stop there. Strobe lights were effective at first, but the effect died quickly and then felt gimmicky. Overuse of music nearly ruined some fine movements on the part of Ivan, played by Sarah Edwards. The most fundamental weakness neither the actors of audience could escape, however, was that the story couldn’t decide whether it wanted to be true to its dark Russian origins or become more comic. Although there were elements of both genres that worked well—particularly a wolf-feasting scene, an alternate version of “too complex to be told in this tale,” as well as the finale—the leaping between genres ultimately felt forced and disjointed.

In its best moments, Journey utilizes the stage fantastically and the movement of the actors—especially Edwards—keeps the audience glued to the scene. Simple facial expressions and tidbits of a jealous wolf keep the repetitious nature of the show from becoming too overbearing. Kudos also go to a great wolf mask and the glittering gold props that light up the stage from all angles.

Unfortunately, despite the brilliance of a few key moments, the movement frequently led the audience to scratch their head and try to figure out what exactly was going on, especially in the first 15 minutes. All in all, some scenes go on a little too long, and the dialogue of the narrator fails to really flow, which doesn’t help when the monotone of the narrator’s voice pangs at your skull and grasps for far too many lines. Overall, this wolf needs to get his tale brushed out.