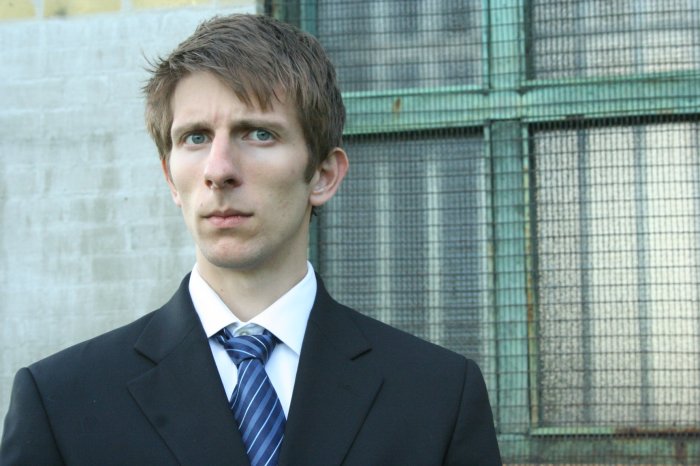 Theatre festivals in the last few years have been somewhat glutted on plays tacking the nouveau topic of the quarter-life crisis, approaching it through every means from musical to monologue. This thematic suffusion, along with the tendency to get mired in self-referential irony, have resulted in this reviewer becoming pretty ambivalent on new projects about the dubious difficulties of twentysomething life.

As such, it is with no small amount of enthusiasm that I proclaim Tango Co’s The Innocents (part of this years SummerWorks) to be the most refreshing take on the quarter-life crisis to hit Toronto in ages. Daniel Karasik’s script takes a visceral look at the dissatisfaction and fear of a generation without parameters. Karasik’s characters each possess their own degree of social or professional success, but all feel incomplete, measuring their failings against the relative success of each other.

Philip Furgiuele plays Stanley, a wunderkind lawyer with a skyrocketing career, is hired to represent a confessed murderer. Noah Reid plays Aaron, the former peer of Stanley’s who has admitted to the killing of an elderly women, despite dubious evidence. Stanley seeks to uncover why an intelligent young man with plenty of opportunities would be in such a position, while Aaron meets the inquisitiveness with the petulant hostility of an angry—if awfully clever—child. All the while both men deal with the women in their own—and each other’s—lives, with Esther Maloney as an ambitious reporter doing a profile on Stanley, and Amelia Sargisson as Jackie, Aaron’s dissatisfied ex. Rounding out the cast is Antonio Cayonne as Aaron’s best friend Jude, whose unflappable positivity is a stark contrast to the disaffection all around him.

Karasik draws remarkable performances from the entire cast, though Reid steps to the foreground by delivering Aaron’s raw, complicated anger with chilling conviction. Furgiuele oscillates skillfully between his character’s confident professional veneer and the disastrous insecurities that lurk just beneath the surface. The stage itself is minimally furnished with a simple table and two chairs, though the simple props are ingeniously used to create a wide array of settings.

It was refreshing to have someone rip back the tongue-in-cheek coyness of most quarter-life crisis scripts and explore the naked emotion that lays beneath. Karasik defied the apologists who get stuck on admitting that they don’t really have anything to complain about, and goes after the meat of why anyone’s even complaining in the first place.

The Innocents is on as part of this year's SummerWorks. For more information get yourself here.