Hannah’s Turn: a lot to chew on 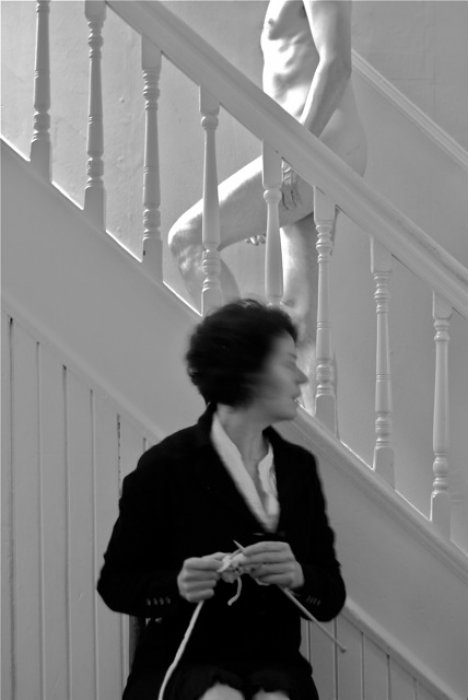 Hannah's Turn (on now as part of the SummerWorks Festival) sheds light on an intriguing and personal chapter of noted philosopher Martin Heidegger's life. More accurately it sheds light on his relationship with Hannah Arendt (Severn Thompson), Heiddegger's student, lover, and intellectual sparring partner. Although it is never explicitly spelled out in the program notes, it would not be a stretch to assume that the title refers to the fact that Heidegger (Richard Clarkin) overshadowed Arendt in terms of historical renown, and this is work is, in part, intended to give voice to his lesser known companion by placing her in the protagonist's spotlight.

The work jumps between time periods, the bulk of the narrative replaying scenes from Heidegger and Arendt's shared personal history in Germany in the first half of the 20th century, the other part taking place in the 1960s in Arendt's US office where she is confronted by a young publisher's assistant incensed by Arendt's tempered description of Heidegger's political affiliations. Mark Migotti and Richard Sanger's script reveals complicating details in a steady drip, not immediately spelling out the fact that Heiddegger was a card carrying Nazi, or that Arendt was Jewish (just for the record these two points are in the Summerworks program and are not plot twists ruined by their inclusion in this review).

There is a lot to chew on, with ideas about the universality of human falibility, the importance or unimportance of language, and the definition of cultural identity all permeating the text. Migotti and Sanger make some clear points, but also leave a great deal up to interpretation - reflecting the moral complexity of the subject matter in question. As strong as the script is, the moment at which Heidegger reveals his true political colours comes with little warning, nor do the preceding scenes contain any obvious hints of his staunchly nationalist leanings, making the moment feel strangely jarring.

Performances are undeniably above average; Clarkin is well suited as the handsome, charming and enthusiastic philosopher, while Thompson delivers a magnetic performance in her turn as the pleasant, pragmatic, and sharp-minded Arendt. Her ability to portray a single character but move convincingly between that character's two ages and mind sets is notable.

Director Mary Francis Moore guides the piece with elegance and clarity, but special mention must also be given to Joe Pagnan for a deceptively simple but symbolically powerful set design.