Great Day for Up - Not to Understand But to Experience 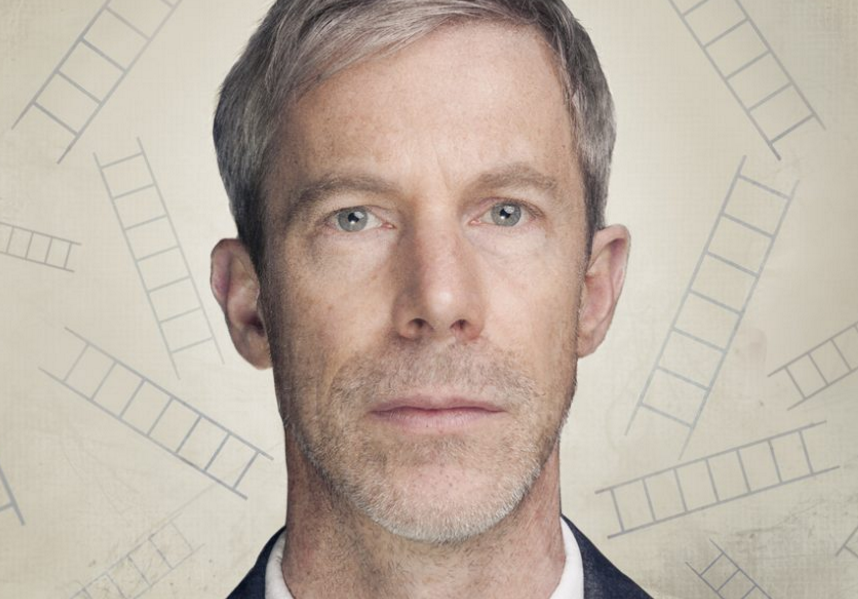 Great Day For Up was written and performed by Jonathan Young while he was a student at Studio 58 in 1996 and the version presented in the 2016 Vancouver Fringe Festival is an evolution of that student project. Using the lighting, sound and space of theatre, Young presents a homunculus who struggles with angst and self-doubt to finally have an epiphany.

I am so relieved that they provided an afterward in the program to Great Day For Up. After the 30-minute show I left the theatre confused and disoriented. To provide some context, I like shows that have a clear plot. The kind of plots you learn in high school English class where there is a clear rising action, conflict, climax and falling action. Although the character Young creates (who I learned after reading the afterward is named Wound) is definitely searching for something, trying to climb a ladder to reach the next level, and interpreting and rewriting messages, I was not always sure about what was going on in front of me. I guess I should have known from the show time that my ideal story structure does not happen in the span of 30 minutes and that I was about to experience something I have never seen before.

To be honest, I am still not sure what the show was entirely about. But aren’t shows like these what the Fringe is all about? How can I say that I straight up don’t like it just because it was not what my idea of a show should be, or that it was a challenge to sit through?

Great Day For Up is an exploration of basic human insight, experiences and perspective. From his herky-jerky movements to the believability of his character, Young is clearly a seasoned professional. If an amateur were performing the show I would have been distracted by the poor performance and would not have noticed my own reactions.

I did not leave the theatre fully understanding what I had witnessed, but that is not necessarily a bad thing. Typical theatre experiences may leave you with a singular message but they won’t leave you with a realization about yourself.

At the end of the afterword, Young asks that we “regard this short thing as a blob” and that is what I’ve come to see it as. It is not something to understand, but to experience.