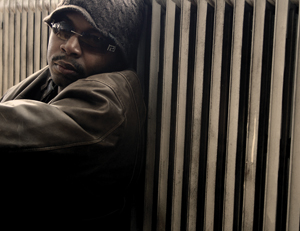 In a small, intimate setting, this one man show featuring Dwayne Morgan, brings honesty and love to the forefront. The story is simple and one that happens to many people.

Grade 8 is about a young man who loses the love of his life in an accident and faces the prospect of bringing up his daughter on his own. In the telling of this story, Morgan describes the emotions of loss, the way his perspective on life changed, the way he views other people as well as his struggle as a single father, for example, giving “the talk” to his daughter and the dangers lurking in online chat-rooms.

It is a story that shows you the pitfalls this world offers as well as the highs and lows and the many small, joyful moments. I was enthralled by the heavy dialogue which to me was split into two sides of the same coin. The first is the main narrative in which the character tells us his story. The other half seamlessly comes in as the character’s internal poetic and truthful voice. The two voices allow for different pacing that effectively takes the audience into the story.

Grade 8 features an excellent performance by Morgan. With his strengths as a spoken word artist he uses his timing, presence and cool, dry, gruff voice to convey feelings we can all relate to. He moves the audience and enunciates words faster than I can write; he keeps it clear and gets his story across in a limerick style process.

The take on the young man’s life and how he tries to make the best out of the situation he has been given is inspirational. You feel if you were in his shoes, you would want to make similar choices for yourself and your child.

Did you see Grade 8? Let us know your feelings below.