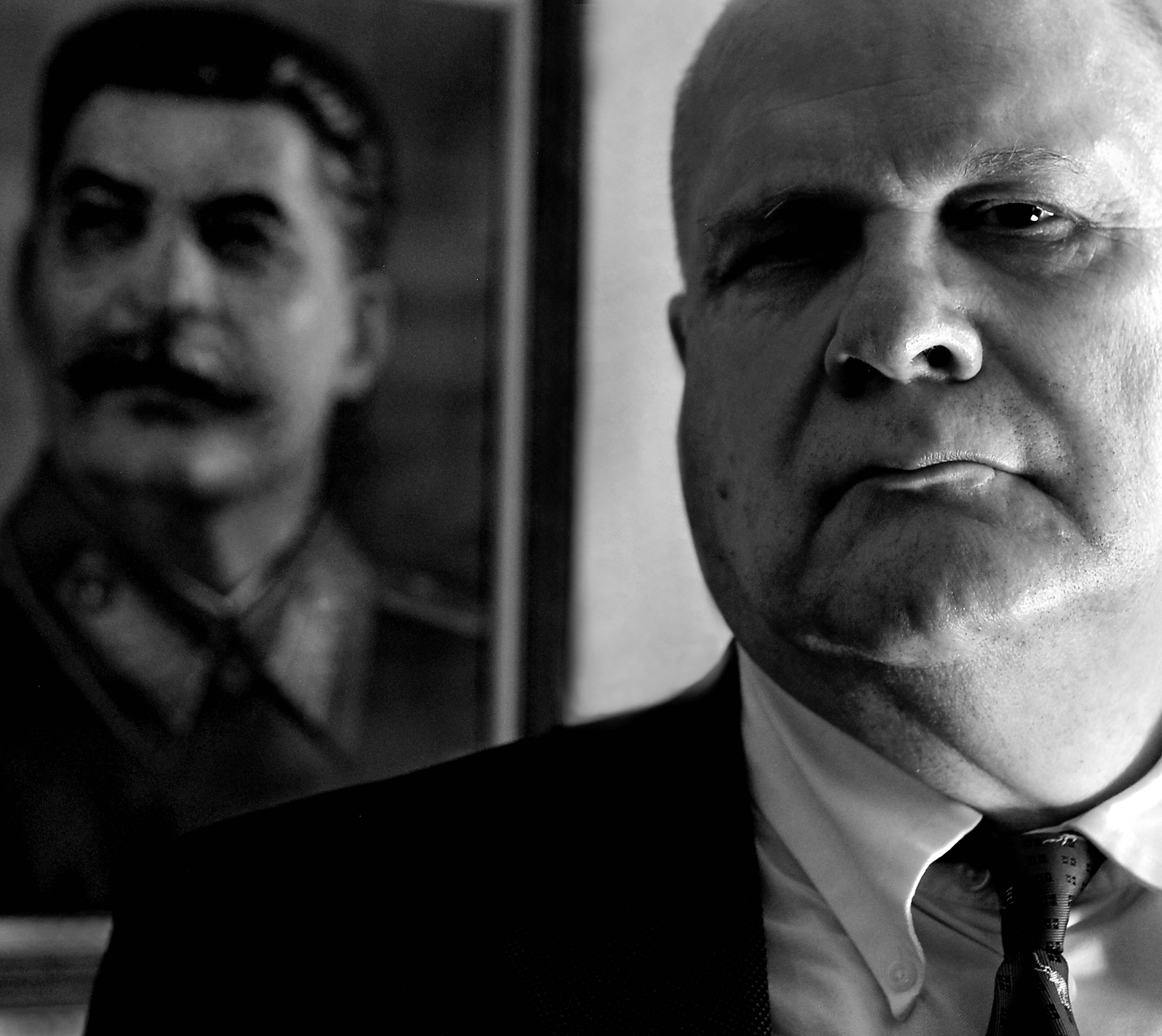 Victoria: Meet Comrade Lavrentti Pavlovich Beria (Dennis Eberts). He appears nowhere in official Soviet history, but that never stopped him from bugging Churchill and Roosevelt’s bedrooms at Yalta. Or from sharing their secrets with Stalin over dinner. Opposite this boisterous intelligence kingpin is Anna (Christine Karpiak), a widowed American sent to interview Beria for the Washington Post. Unless, of course, she’s lying about that . . .

They’re hot for one another but not above threatening to kill one another. Somewhere offstage, Uncle Joe plans nuclear war with Uncle Sam. Welcome to Beria’s royally furnished and deceptively tidy office. Take a seat and a glass of vodka. Take a card (any card). The suit will tell you how long you have to live. Welcome to Good Night Uncle Joe: a suspicious and suspenseful show that plays Russian Roulette with six full chambers and your heart.

Except for a prologue and epilogue, the play is free of scene changes and technical tricks. It runs entirely on dialogue and action, which both players deliver expertly. On the one hand, Beria recites Rudyard Kipling’s poetry as comfortably as American propaganda and Soviet death tolls. On the other, Anna seems to have stepped out of a 1950’s black and white in attire and attitude. Armed with sassy retorts for Beria’s saucy pick-up lines and body counts, Anna jousts with the Soviet spymaster over life and death and good and evil.

The interview is wonderfully ambiguous: “Shouldn’t traitors be shot?” Anna says to Beria’s glowing pride in sending dissidents to gulags. “Stalin shows mercy,” he replies, matter-of-fact. “Why?” Anna asks. “Why not?” says Beria, next question? Of course, Beria wouldn’t be KGB without taking Anna’s own grim past to task. We never do find out who she’s working for- editor, Eisenhower, Moscow or worse. The story sweats mystery and cynicism from every pore but eventually exchanges a little blood for a little hope. And a cyanide pill, just in case the plan fails.

The unlikely couple flirts and fights and despairs for the world, but the audience will leave rooting for them both- even though they’re obviously doomed. A Cold War Romeo and Juliet? Maybe. But Good Night Uncle Joe drew its decent crowd and earned its rich applause with a charm all its own. It’s not quite a love story, nor a story of political renewal, but rather two characters searching for a good shot at either. All things considered, the show was mature, mystifying and very moving.

For information on showtimes go here.