Going On – A Humorous Personal Journey From Understudy To Buddhist 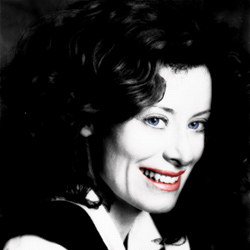 Have you ever been sitting in the audience waiting for a play to begin when you notice a small piece of paper in the program announcing that one of the characters will be played by the understudy? I have and was instantly disappointed. I mean, what if they were not as good as the original actor or what if their performance was not perfect? My thoughts at that moment were all about me as an audience member. My thoughts never ventured to the understudy who was about to take the stage. Is she excited, is this her dream realized or is she terrified as she squeezes into a costume not made for her and prepares to step into a play that she has had little or no rehearsal for? She knows that the audience on the other side of that curtain are not happy about seeing an understudy but she must muster all the strength she has as she is "Going On".

Outside of the theatre, many of us know the concept of going on as the daily struggle to get to the next day, just going on. It’s like you are moving forward but without a direction to guide you. Instead you just complete your tasks as you always have, like them or not, not following a dream or even knowing what that dream would be.

Elizabeth Richardson brings her autobiographical one-woman show to Studio 1398 as part of the 2015 Vancouver Fringe Festival. She stands on a stage with a single chair and takes on over a dozen characters in the telling of her personal story of discovery, realization and simply going on. No props or costume changes are needed for Richardson to inhabit each of the characters she portrays. Her voice of Peter O’Toole is spot on.

The show takes you to the late 70’s when Richardson was a young actor touring with Peter O’Toole in a double bill of Chekhov’s “Uncle Vanya” and Noel Coward’s “Present Laughter.” She is a young actor with dreams of stepping onto the stage. She tells us about meeting Peter O’Toole and how this meeting took place while sitting on his lap. It was a different time. She understudies every female role in both plays and has no rehearsals for either show. Each night she waits for the announcement that she is going on.

The scenes toggle to bring us to 2004 when Richardson attends a Buddhist Retreat while dealing with her relationship with her mother.  The retreat that Richardson describes is intense to say the least. It was located in a remote corner of a remote province in Canada. The retreat takes 3 years over a 5-year period. While on retreat, all communications are cut off with the outside world and very limited within the retreat itself. Richardson receives special permission to communicate with her mother. Her mother does not understand her daughter’s need to be Buddhist or attend retreat. Her Mother worries about what her friends would think—not that her daughter was an actor, I mean she acted with Peter O’Toole—but a Buddhist? Richardson struggles to balance the teachings of the retreat, her Mother, her dreams of future and past. She struggles not to get up and run away from the retreat, just give it up.

On the night that she was called up, Peter O’Toole told her “It’s a battlefield on the stage, a battlefield.” Richardson discovered later that a Buddhist Retreat is also a battlefield inside and out as was the relationship with her mother. We can battle with the things we love, those we fear and all too often with ourselves. Elizabeth Richardson shares a bit about acting, meditation, Buddhism, being a daughter and finding your dreams in this funny touching show. She will be “Going On” at Studio 1398 until the end of the Fringe.