The Dream: as theatre it's a great tribute to an old rock band 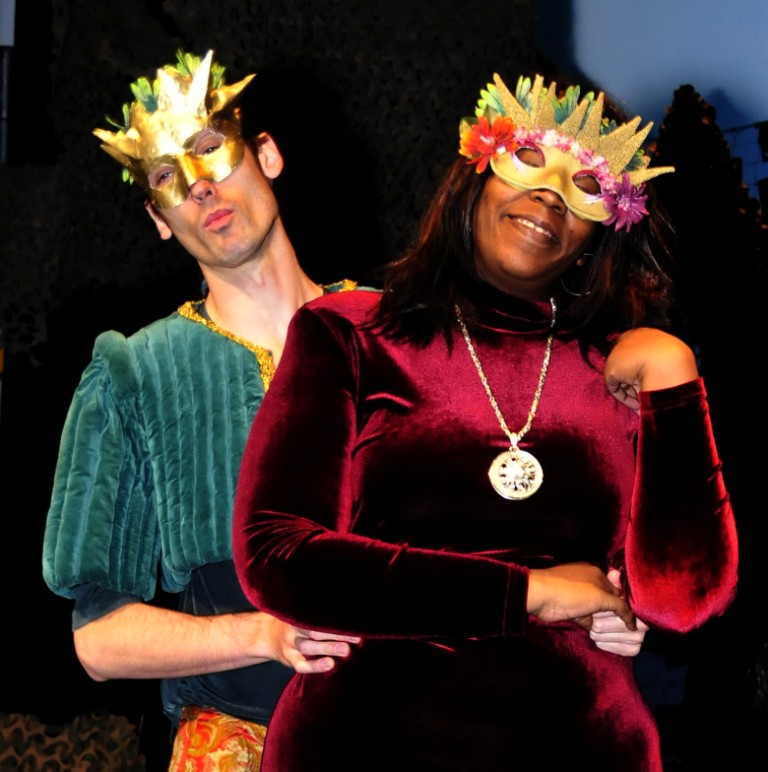 Amongst the sacred cows of theatre, Shakespeare undoubtedly sits atop them all.  His work has been some of the most frequently adapted, borrowed, and updated by contemporary storytellers across all media and failing to do justice to them is guaranteed to bring forth the ire of audiences and critics alike. In many respects, Bear Production’s adaptation of A Midsummer’s Night Dream, simply titled The Dream, walks on thin ice but ultimately delivers an entertaining and noteworthy show. For that reason, one cannot help but feel they pass the threshold of success - if tenuously.


Set in a present-day summer camp, Camp Shambala, The Dream not only moves Midsummer into the modern realm, it also moves it into the musical genre by incorporating the music of legendary 70s rock group Three Dog Night into the story.

If this all seems like something of a stretch, that’s because it is. Writer and director Brian Kennington offers up a limp re-imagining which, with its “golly-gee” attitude and inelegantly inserted PSA-style lessons, would be more at home on the Disney Channel than on the stage. Correction: it would be home on the Disney Channel were it not for the incongruous drug references and sexual innuendo courtesy of Puck and his fairy friends. It is as though half the show were written for a high school matinee audience, and the other half for fringe festival patrons (interestingly enough, according to the programme notes, ‘The Dream’ does actually have its roots in both the realm of high school education and the fringe festival).

Thankfully Kennington has not altered the core of the plot too dramatically, nor has he added any cringe-worthy twists not found in the original. However, the incorporation of rock and roll singles and the necessity that they be motivated by the narrative does make for some contrived segues. Kennington’s simplistic and often painfully on-the-nose dialogue only further pulls the production down.

There are some redeeming elements, including the amusing and unnecessarily constant use of a megaphone by inept lifeguard Frankie Flute (Francis Flute), as well as the play-within-the-play scene (in this case a hilarious four minute rendition of the Lord of the Rings films) which is a highlight of the show.

Despite its flaws, one cannot help but leave The Dream entertained. Despite occasionally being trapped in the pantomime-like qualities of the production, many of the capable cast do shine; gangly and quirky Ryan Ward delights as both Nick Bottom and Oberon, Roger McKeen delivers a grounded and wry performance as camp owner Gene Kirk (Egeus), and Blair Kay surprises as the lovelorn and unpredictably feisty Helen (Helena). The musical numbers are another bright spot thanks to upbeat arrangements by Yan Li and skilfully goofy choreography by Alison Daley.

It’s a shame that The Dream is as imperfect as it is delightful. Ultimately it honours Three Dog Night admirably, but as a homage to A Midsummer’s Night Dream, it leaves a lot to be desired.

Bear Productions presents The Dream until May 8th, 2010 at The Walmer Theatre in Toronto for more information sleepwalk here.