Dog Sees God: Ummm, confessions of a ripoff script? but it IS funny! 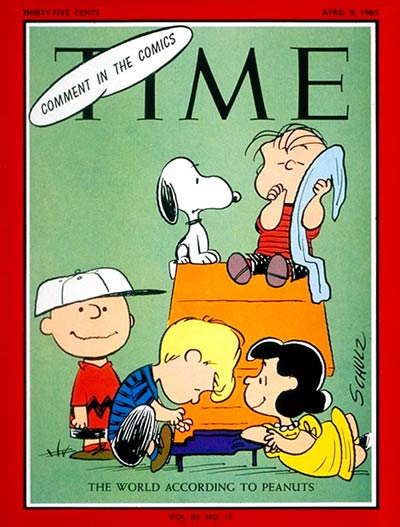 Hey, I didn't get permission either...

Bert V. Royal's play, Dog Sees God, is very cute.  It is a fan-fiction story about the iconic Peanuts gang as confused, unhappy, and drug and sex addicted teenagers.  The script it nothing amazing and it is quite standard teenage angst fare but, if you're a fan of the Peanuts gang, you'll like this play.

It is cool to see how some of those age-defying characters (the strip ran for over 50 years and the characters aged and, sometimes, got younger) would have turned out if they had hit puberty.  If you aren't a fan or never read the Peanuts strip, you'll like this play anyway.Let me share with you a few things that I liked, in dramatic bullet form:

Now, what didn't I like?  I think the laughs are too few and the script is weak, preachy, and doesn't pay tribute to Schulz..  Nothing about this play is offensive and it isn't particularly challenging but I wish it had gone farther.  I wish it had "gone to the well" more often and fleshed out the characters a bit more.  I found the choices made by the show were too cliched and some of the story lines were far too obvious.  I mentioned in another review that cliche is good in some ways.  This play isn't one of those.  There was also an issue of the dialogue is preachy.  I think this is due to the creator of the piece.  Royal was a casting director and he decided it was time to write plays.  His first play produced was Dog Sees God.  It is unfortunate that the director didn't have the courage to massage that text and make it more believeable.  I also had a slight problem with a couple of the actors being too old for their roles.  I liked how one of the actors has obviously been shaving a lot to make himself look younger but I didn't buy it.  Sometimes, you're not able to play seventeen anymore.

I also have a huge problem with the copyright issue.  This issue doesn't change anything about the the production itself, but it does require a mention.  Charles M. Schulz might have thought this play was funny.  He may have hated it.  Who knows.  None of the production companies putting it on ever bothered to ask permission of his estate.  Perhaps Royal did and was denied.  We're in Avenue Q land with this play (although, Avenue Q is a far better play).  I am sure there are some of you who are thinking that imitation is the best kind of flattery.  But, I know those types of people.  If they had their own copyright violated, they would be up in arms wanting to protect it.  Why the writer thought it was "okay" to create this play without permission insults the source material.  If you win an award for your script, you really should impress upon the copyright holder that you should gain some kind of permission.  I think Schulz deserves that.

Of course, a number of this is neither here nor there and doesn't change the performance the other night.  They did just as well as the other productions (which you can see performed on Youtube.com) and I give them kudos for picking a fun script.  Go see it because you will get in a number of good laughs.