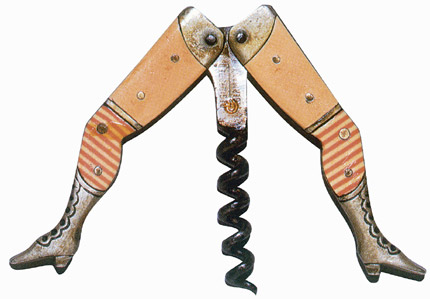 At least the title is kind of a pun.

Story aside, I glance at my program after about 5 minutes into the play and I see that it is a local theatre school production. This is definitely no excuse for a weak script.

How about the execution of it?

First of all the timing was off. If just this and this alone could be tightened, I would say it would make for a more enjoyable delivery. Coming from a theatre school I realize students are performing and that they are learning to perfect their acting skills however this is a professional setting, people are paying for their tickets, timing being off is occasionally acceptable, timing off continuously: not acceptable.

Secondly, how about character development? I would have liked to have seen more believable performances. As an actor, one has to really study their character: who are they; what do they want; what else is going on in their minds; why are they saying what they are saying; how does what they say affect the other characters. This is something a director would strive to bring out in each and every performance. Considering the material the actors had to work with under the tutelage of their teacher, they may have been giving it their all.  As an audience member, I want to leave feeling something for loser Mary or bitch Blanche or any of the other characters. I really do.

One of the main stars of the show, which makes an entrance in almost every scene in the play, was Borrowing Owl wine. Borrowing Owl graciously sponsored this play (great idea to get a sponsor on board). There was a bottle of wine on the table, being passed around, held, drunk and the name mentioned, I counted at least 5 times. Whether they signed a contract for product placement or the bottle of wine was used for comic effect, Burrowing Owl wine successfully stuck in my head. By the end I was salivating for a glass of Burrowing Owl Merlot or Chardonnay.

There was a draw after the play for a bottle of that lovely wine, which I didn’t even win. How disappointing.

Did you see this show? Did you win the bottle of wine? Tell us below.