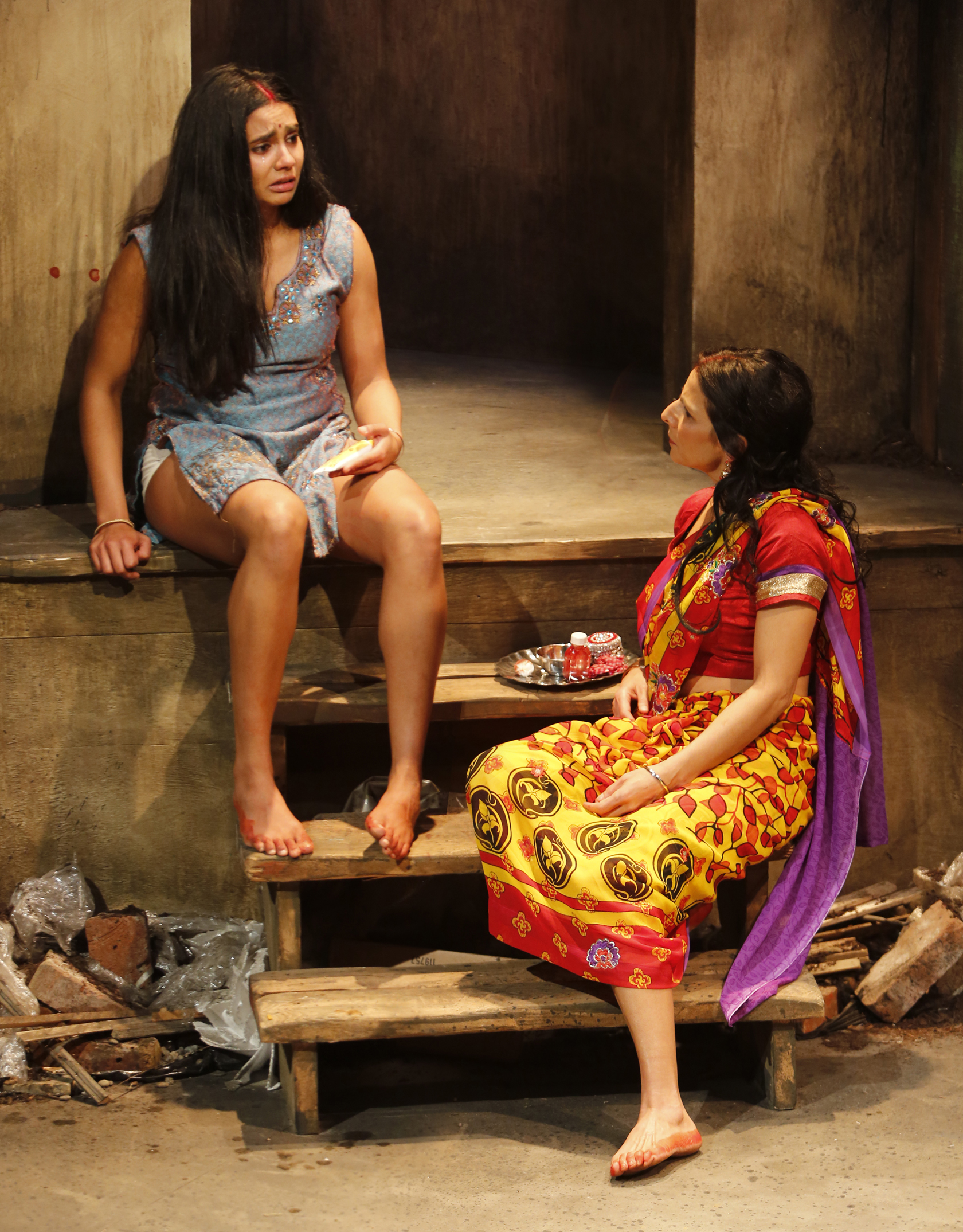 Brothel #9 by Anusree Roy is the result of a partnership between the Diwali Festival and Touchstone Theatre, bringing a second production of this Canadian play to life, simultaneously celebrating both Canadian theatre and cultural diversity. This is true to Touchstone Theatre’s mandate to “stimulate public interest in Canadian cultural perspectives.”

I was dismayed to hear that Brothel #9 is the last production that Katrina Dunn will direct for Touchstone Theatre. Touchstone Theatre’s productions directed by Dunn have been a consistent joy to attend. Roy Surette is coming back to be Touchstone Theatre’s Artistic Director following Dunn’s 19 year reign, so I assume that the high level of quality, thought-provoking and beautiful works that I have come to expect from this company will continue under Surette’s watchful eye.

With a name like Brothel #9 one expects some heavy material. And while playwright Anusree Roy does not shy away from or sugarcoat any of the action, it was not as gritty and traumatising as I was expecting it to be. Not an expert in brothels myself, I imagine there are many ways to conduct business, and I know Roy wanted to inject some hope into the story. What results feels like an innocent retelling of a horrific story, not leaving much out, but focussing elsewhere, the way a child might remember a simplified version of events.

And it was simple, necessarily so given the small stage at the Cultch C Lab. There were only two women working in a building that had at least nine rooms. Only one overseer in charge of the operation who is often absent. The women are purchased, but are then allowed to make their own money. This seems to be a very liberal system to me. And even though violence is constantly mentioned, it didn’t pervade the atmosphere. I don’t have an issue with any of the above. It worked. It just felt very encapsulated, like a fable, taking place in a universe one step to the left of the one we live in.

The simplicity of the plot did not make the action any less believable. From the set design to the fullness of each character, I was completely immersed in the world of the narrative. Touchstone theatre’s sets are always impressive, but set and props designer Drew Facey outdid himself for this production. Just walking into the space, I was transported. There were some beautifully detailed touches without ever cluttering the space. I seldom forget that the story unfolding in front of me is fiction, but many times during Brothel #9 I had to pinch myself to remember that what was unfolding wasn’t real.

Playwright Anusree Roy’s strength is in creating realistic dialogue, giving each character a distinctive voice and perspective through banter. Even on a blank page these characters would feel full and alive. I have no idea as to the backgrounds of any of the actors, but the accents felt absolutely authentic. I must applaud them and Accent Coach Supriya Bhattacharyya on a job well done.

Each of the actors were flawless in execution, whether expressing deep, complex emotions or fully inhabiting a range of characters. The performances of Adele Noronha as Rekha and Laara Sadiq as Jamuna were particularly strong. I really could not have wanted more in this regard. The character of Birbal was more comedic than I would have had him, but it fit the fable feel of the world we were in. I wanted more of a feeling of danger and grit, but perhaps that was just me wanting a more obvious villain.

I would recommend Brothel #9 not only for the stout of heart, but for those who want to broaden their perspective. Yes, there is violence on stage and it is important to be mindful of that when making a decision, but it is a very human play and it will make you feel for each of the characters in turn. You will feel amusement and hope as well as shock and pathos.