BOYGIRL: A Sugar-Sweet Box of Chocolates 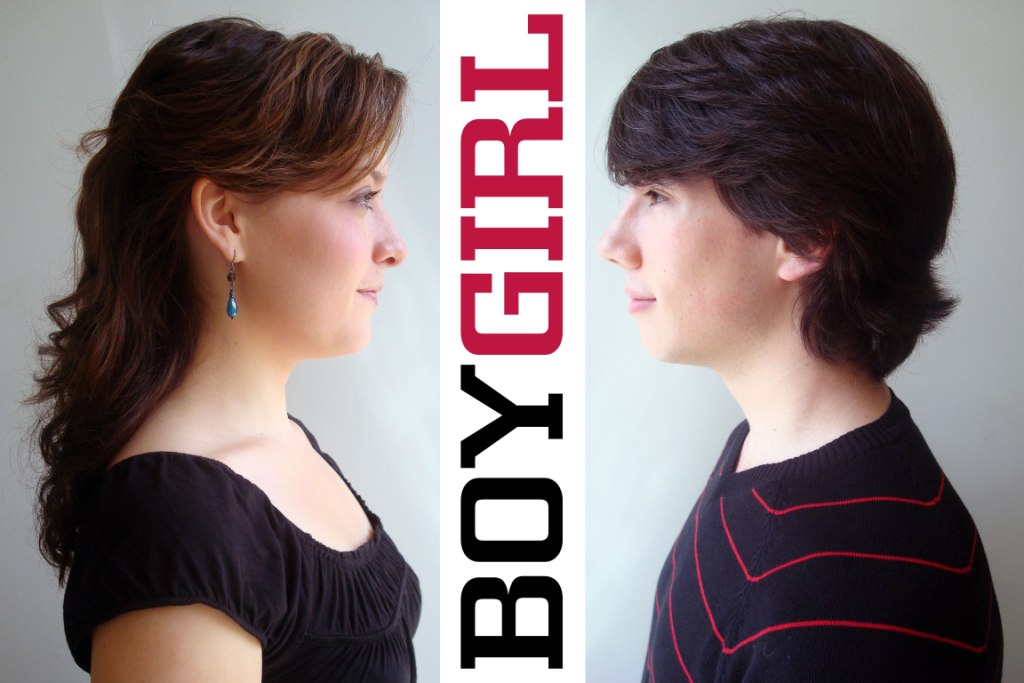 As the title says: BOYGIRL

Victoria: In the event that Alex Plouffe and Samantha Richard read the reviews here on the Craig, they’ll probably want to know that the seats they chose for their in-audience first scene were the two directly to the left of this very reviewer. The experience comes highly recommended.

Anyway, there is a moment in BOYGIRL that captures its essence in a few simple motions and nary a word. A young woman rummages through a powder-pink box of miscellany. She pulls out a sheet of lollipops, lined up in their plastic bubble packaging. In the other hand: a sheet of condoms in cherry red foil. After brief deliberation, she inflates the condoms into fanciful, well-lubricated balloons, which she and her male accomplice then bounce about the stage with childlike glee as the most upbeat possible music accompanies them. It’s a mixture of innocence and raunchiness that colors every sketch in BOYGIRL. Boy and Girl (Alex Plouffe and Samantha Richard) flirt and squabble their way through many alter-egos, peppering each other with one-liners the whole way.

The scenes themselves share the perky pace of the dialogue. Each sketch revolves around a beginning or ending relationship, a little moment of discovery. We go from two “just friends” trying desperately not to have sex to two mildly English English students awkwardly saying their first I-love-yous. An unwanted pregnancy forces a drifting couple to consider marriage, then a crunk and strobe lights scene transition sends us to the last awkward thrusts of two virgins’ first time. Whether mature or immature, Boy and Girl brim with energy and sincerity. Their scenes themselves never overstay their welcome and the transitions bridging them—the condom balloon party, for example—are laugh riots. Each little piece adds something to the whole. It’s like a box of chocolates: every one has its own filling but is sweet nonetheless.

Only a few things in the production need work. Boy and Girl’s opening solicitation to turn off our phones, broadcast through the PA in disembodied mock-kindergartener voices, was more creepy than funny. While each of the sketches impressed, the order could improve. The first and last scenes, both squeaky clean snapshots of two little kids in puppy love, sit right where they belong. A few rearrangements of the middle scenes might make them all the more rewarding as a show. In the end, though, it almost doesn’t matter. BOYGIRL courts its audience so sweetly that they’ll never notice its little flaws unless they go looking for them.

It’s an adorable show you’re bound to fall in love with. Why admire from afar?