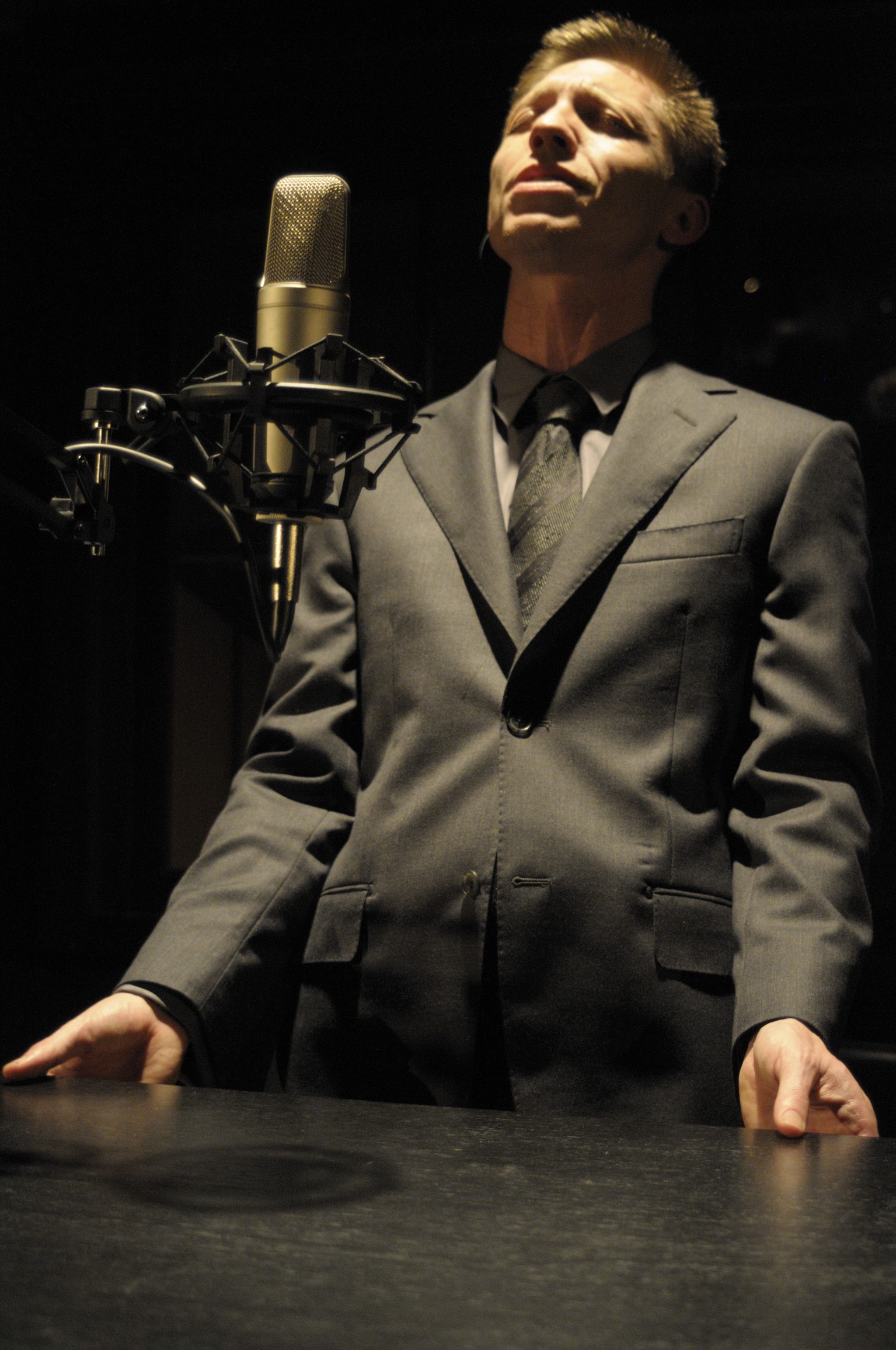 Valentijn Dhaenens explained to the audience in the opening night talk-back of BigMouth that he wanted to provide an unfiltered experience, full and unapologetic, leaving his audience free to think what they please. I must admit, going into the performance at the York Theatre earlier that evening, I was expecting something of a dramatized lecture, speeches interspersed and contextualized by commentary. Instead, Dhaenens plunged headfirst into his material, transitioning from one oration to the next with only a live soundscape, a whiteboard projection and his chameleon physicality to keep us on track.

It was a strong choice. If presented any other way, this piece could have been dustily academic, scattered, or overly biased. Instead, the speeches came to life. They shone and burned so brightly that the darkness between them provided a startling depth of perspective.

Dhaenens is interested in the power of words, how we can manipulate them and use them to manipulate others. He invites us to look critically at what we see, not only at the content and context of the material, but at the choices of the original speakers, of the actor onstage before us, and at ourselves as we choose how to feel about it.

In my mind the theme was clear. I saw a series of single-minded, powerful men (and one “half-woman”) clinging so hard to their ideas that their very fervor begat their downfall. The speeches spanned history, geography and philosophy, but to my mind the personalities of the speakers contained strong similarities. The message I read was that the harder we humans cling to our pettiness and need for power and righteousness, the more we are doomed to repeat the same patterns over and over through history. (Dhaenens points out strong similarities between the messages of Pericles and French President Sarkozy, recorded more than 2,000 years apart. “Nothing changes” he says with a shrug.)

My friend next to me, however, commented how for him the piece highlighted how both sides of a war could sound so sympathetic, so right, in the moment, until they are set next to one another. One is forced to acknowledge that they can’t truly agree with both sides at once, drawing the focus to the skills of oratory that can make people seem alluring regardless of their moral standpoint.

Someone else commented on how we all feel justified in our actions, no matter how extreme or violent they may seem to onlookers. The human performing the action must always feel they are doing the right thing. By endeavouring (as much as possible) to portray all of his characters with respect and sympathy, Dhaenens delivered a nuanced, moving, and thought-provoking performance. This is what happens when you let words breathe. The audience becomes a willing participant in the story. They take the words home and continue the discussion.

In response to a question about the lack of representation of female orators in the piece, Dhaenens expressed a hope that a female actor might pick up the mantle and create a female version of BigMouth. I think the idea that actors should be unrelentingly true to the sex of the original character is absurd. I would like to see Dhaenens create another, completely different piece, with a fresh message drawing new insights and parallels in famous speeches that were made by women. It would be wonderful to see the works in conversation with one another either side by side or on alternating nights. That is, if he hasn’t already tired of this project. I can't imagine how anyone could become tired of exploring such a messy and intricate human history. Our present perspective is constantly changing the landscape.

BigMouth runs at the York theatre Feb 11 - 21 2016 with talk-backs scheduled for the 14th and 16th. Dhaenens’ energy and enthusiasm for his subject are contagious. It is so refreshing to see a performer light up so brightly when he speaks about his work. I wish every performance I attended was so inspired and masterfully executed.