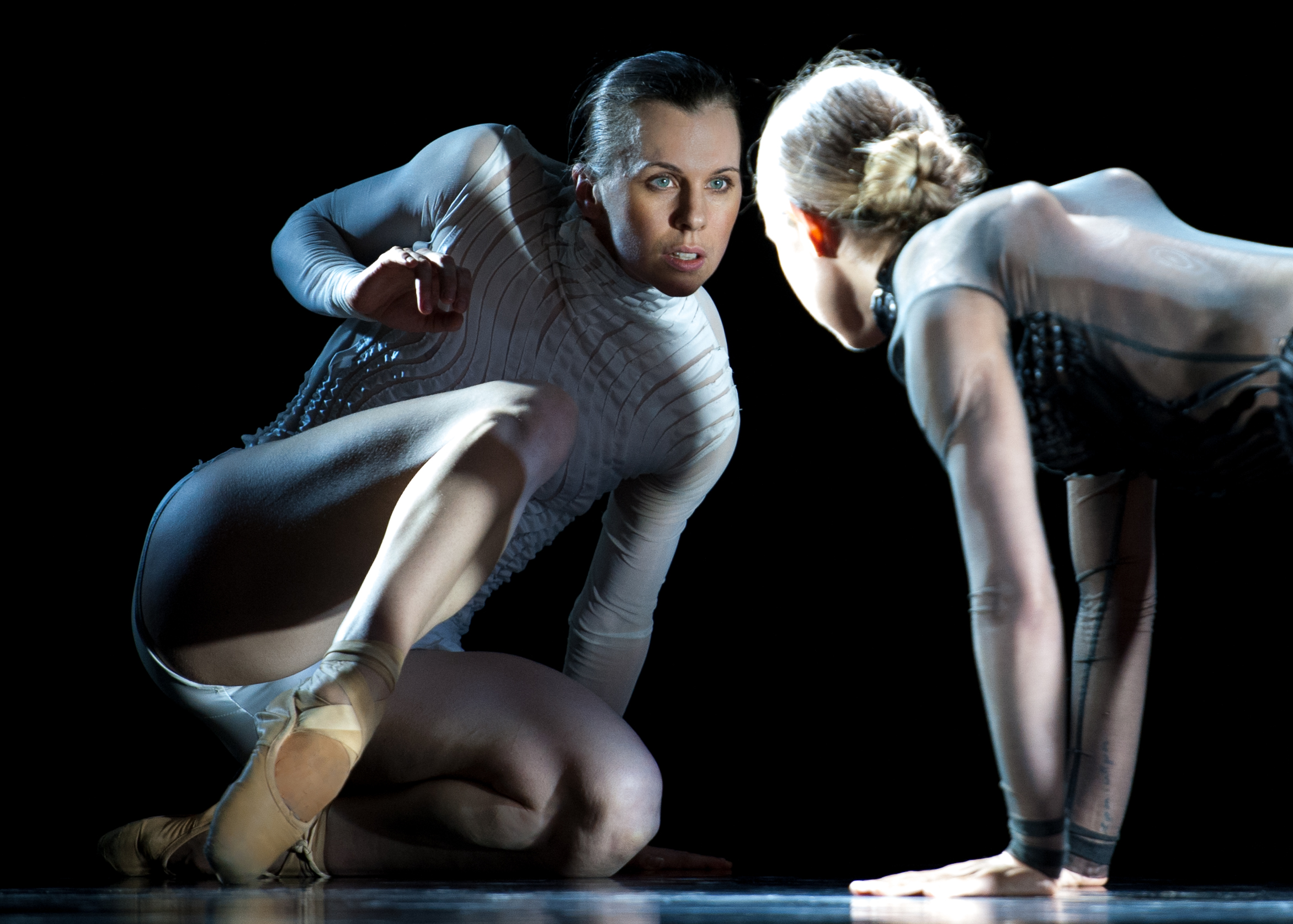 Last night I had the pleasure of attending Ballet BC’s Program 2, a unique collection of works in honour of Canada’s 150th birthday. While it is traditional for Ballet BC’s programs to include a world premiere work, this evening featured not one, but three world premieres! All four pieces were created in collaboration with BC companies, designers and artists, in line with Artistic Director Emily Molnar’s vision of supporting the work of Canadian choreographers.

Before the performance began, Molnar spoke to the importance of unity and togetherness in the artistic community, now more than ever. Using artistic expression to bring people together, especially in times of intolerance and bigotry, is an issue close to my heart, but I worry that our community is too small and that we’re not doing enough to include the wider population in these conversations. Then again, there were four people sitting in front of me who had never been to the ballet before, so perhaps Ballet BC is managing to widen their net after all. That prospect gives me hope.

Having been primed to explore the themes of diversity, unity and togetherness over the evening, each piece seemed to me to be very much about relationship. My narrative brain created complex stories between the dancers: stories of love, loss, passion, and grief. Of the struggle for individuality, and the call of the pack, and the way that, sometimes, when we're lucky, we can surrender to something larger than ourselves while still maintaining a unique voice, interwoven through a larger tapestry.

Anthem, world premiere, Lisa Gelley and Josh Martin from Company 605
Using a full complement of dancers, this collaboration was a first for the urban Company 605, never before having collaborated with a Ballet company. The resulting work is both fluid and tense. The movement builds to a peak of vibrating, quivering stillness, falls away and builds again, multiple times towards powerful conclusion that left me breathless. The tension is tribal and the fluidity between the moments of suspense feels like a gust of wind, sweeping up more and more dancers each time, as the wind moves through them, each responding individually to the same impulse. It looks like chaos when you focus on the individual, but if you lean back and let it wash over you, the whole is revealed. Never letting you become accustomed to any movement, it’s always changing, nothing is repeated. Bodies playing in pools of light like water or rain, in and out of it. In relationship not only to one another and to the group, but to the light, alternatively avoiding or revelling in it as they come together and part. I felt a real sense of purpose woven through this piece, a unifying force that become more apparent as the set disappeared and left the dancers in the naked light.

Swan, world premiere, Wen Wei Wang
Using a blend of classical music from Swan Lake by Tchaikovsky and The Swan by Camille Saint-Saens, punctuated with electronic sound design, the classical and contemporary are at war in this piece, coexisting to burst through one another before being once again consumed in battle. It felt to me more of a narrative of the lifecycle of a swan than a story inspired by Swan Lake, but I can see arguments for both interpretations. This piece is a series of solos and duets, accentuated by the constant sound of water. I loved watching the awkwardness of the cygnet in the beginning juxtaposed with the sensuality of the older black swan. (If that's at all what that was.) Their interaction, a discovery of shadows and mirrors, was a beautiful pre-echo of the themes to be explored in the following piece, If I were 2. The timing of the dancers was impeccable, moving through sound effects and silence to arrive always together on a sharp turn of sound. The final segment performed by Andrew Bartee made this piece stand out as my favourite. Balancing and winding himself on the bars, his swan took flight over a stage transformed into a moonlit lake. The final moments, seeing his breath echo in his limbs as the light faded to blackness, will stay with me for a long time.

If I were 2, world premiere, Lesley Telford
Inspired by the Narcissus myth, If I were 2 explores the subjective nature of our perceptions of others. With such highly personal and thought provoking material, I found my own introspection kept dragging me away from the performance. The soundtrack, by spoken word poet and musician, local Barbara Adler, was beautiful and stirring, but I felt that instead of the sounds and dance enhancing each other, the soundtrack overshadowed the dancers and I had to fight to stay focussed on the movement. The dance began with subtle movements in silence, a silence the would occasionally return, the audience so spellbound that in one part I could hear someone’s watch ticking nearby. The nature of “the way you look” was eloquently presented in the interactions of these two bodies moving beneath a shiny reflective surface: looking into mirrors, mirroring each other, moving one another, almost as inanimate objects, using one another to express themselves. These are all powerful motifs for anyone who is exploring themselves in an intimate relationship. It made me think of how it is impossible to ever drop the glass from our own eyes. The last line summed it up perfectly for me “as your breath stands where it halts at my surface”. We can never penetrate one another’s surface. How much of what we see and love in others is just a reflection or refraction of our own?

Solo Echo, Crystal Pite
I loved Solo Echo the first time I saw it and experiencing it for the second time was just as powerful. The show description really does the piece justice more than I ever could: “Solo Echo describes the balancing point between the exuberant and sometimes reckless states of our ambition and fortitude in the prime of life, and the opposing force of a more collective spirit that begins to take shape in the reflection of our existence and surroundings in later years.“ Indeed! I loved the imagery of the snow. The encapsulation and loneliness it invoked. The costumes, black waistcoat suits, brought an air of sophistication to the interactions and relationships, taking place in my mind perhaps in Paris or New York, somewhere poignant and romantic. More shadows and mirrors emerged here, as the theme of reflections continued through the evening. Tumultuous relationships formed between the humans on stage: pairing, co-operating, but never for long. That individual spirit is always searching, always yearning, pulling, retreating, desperate for both communion and separateness. The final moment broke my heart, to see the end of that struggle. A piece of pure yearning.

At the end of the evening my date expressed how full of questions the performances had left him, wanting answers for narratives he’d created in his mind. I enjoy the feeling of messy ambiguousness. I feel that this kind of work is more an experience to be surrendered to, than to made sense of. Ballet BC is creating a powerful conversation, both emotional and thought provoking. I encourage you to enter into it with them.