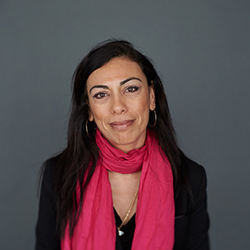 1973. Salvador Allende, Chile’s democratically elected president, beloved by the people as a reformer and nationalizer, is overthrown in a CIA-initiated coup that brings to power General Pinochet. Hundreds of thousands of Chileans, identified by the new regime as threats to the nation, communists, and dangerous radicals, are rounded up, herded into sports stadiums, threatened, jailed, executed. Many endangered people flee the country. Anywhere But Here, a new work in first draft form by Carmen Aguirre, unfolds the story from the eyes of the children of a family who fled, then split up, and what happens when some of them attempt to head back.

Works of magic realism, while a personal favourite literary theme, still need to stay grounded in the physics of the universe we know in order to maintain the suspension of disbelief, and propel the story forward. As a work in progress, there are whole scenes that remain the briefest of descriptions, so that much can be forgiven in this rough draft state. However, the reappearance of the mother towards the end of the work, over a thousand miles from where I thought she was, made a disconnect that surely said to others “let’s fix that in the next draft.”

Characters that lend themselves to the label Magical Realism usually seem ordinary, but reveal their otherworldliness in ways that change the trajectories of the principals, assuming those headliners aren’t themselves the Hogwartians. Again, with a work in progress, the overall effect of the device may be emerging in the writer’s mind, and not yet ready for arrival in the imaginations of the observers.

I very much enjoyed the interactions of the young sister characters, as they try to make sense of the primary, secondary and tertiary traumas they experience. Specifically the piece involving the older girl and a frustrated vigilante border watcher brought chuckles to the house, and felt well established. I wondered if that character was the most autobiographical one. Alexandra Lainfiesta delivered a great sense of her character’s bemused detachment at the situations her father’s decision to return to Chile immerses them in. Chris Cochrane delivered a very commendable reading as the bored, frustrated Trumpista looking to protect his borders, but only in a unidirectional way. Looking forward to further developments of this piece.