Anne Frank is in My Dreams: Too Much Character Clutter 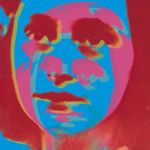 Anne Frank is in My Dreams

Victoria: Pete’s a synopsis writer; Anna’s his apparently feisty intern. An updated copy of Anne Frank lands on Pete’s desk; Pete goes loonier than Bugs Bunny on drugs. Throughout the course of the play Pete (who is not too bright, but seems to be bright enough to give the audience lectures about how great he is) procrastinates against his 50-word blurb, without the faintest idea that he could just Google the book instead of reading it, writing the synopsis and be done.

Just for kicks and giggles, let’s add some sheets with shadows, colours and just about everything else you can imagine. After 30 or so minutes, your brain is hurting and you’re likely thinking, "All the ‘effects’ are hindering any trace of joy in this show. I'd really like to get up and leave." (And a couple of people did.)

Frankly, this is the case of a poor script without any true trace of realism. The only authentic character comes in Anne Frank and, let’s be honest, Anne was awesome to begin with (and she’s played fabulously—she racks up one star all by herself). You couldn’t really tell if the other actors were talented or not, as an actor can only take a poor script so far—for example, you’ll really want to get back to Anne’s diary entries after tiring and annoying dialogue between Anna and Pete. Hopefully next time around we can see our local talent perform something with well-written characters, passable dialogue (minus Anne) and just a dab of plausibility.

Everything happens in circles here, and you’ll want to stop spinning long before the finale. I guess the memo is: if you use a brilliant character in your play, be sure that your own characters are just as interesting and strong. As it stands, I’d much rather see Anne Frank reading more pieces of her diary onstag, than the clutter of the other stories going on around her