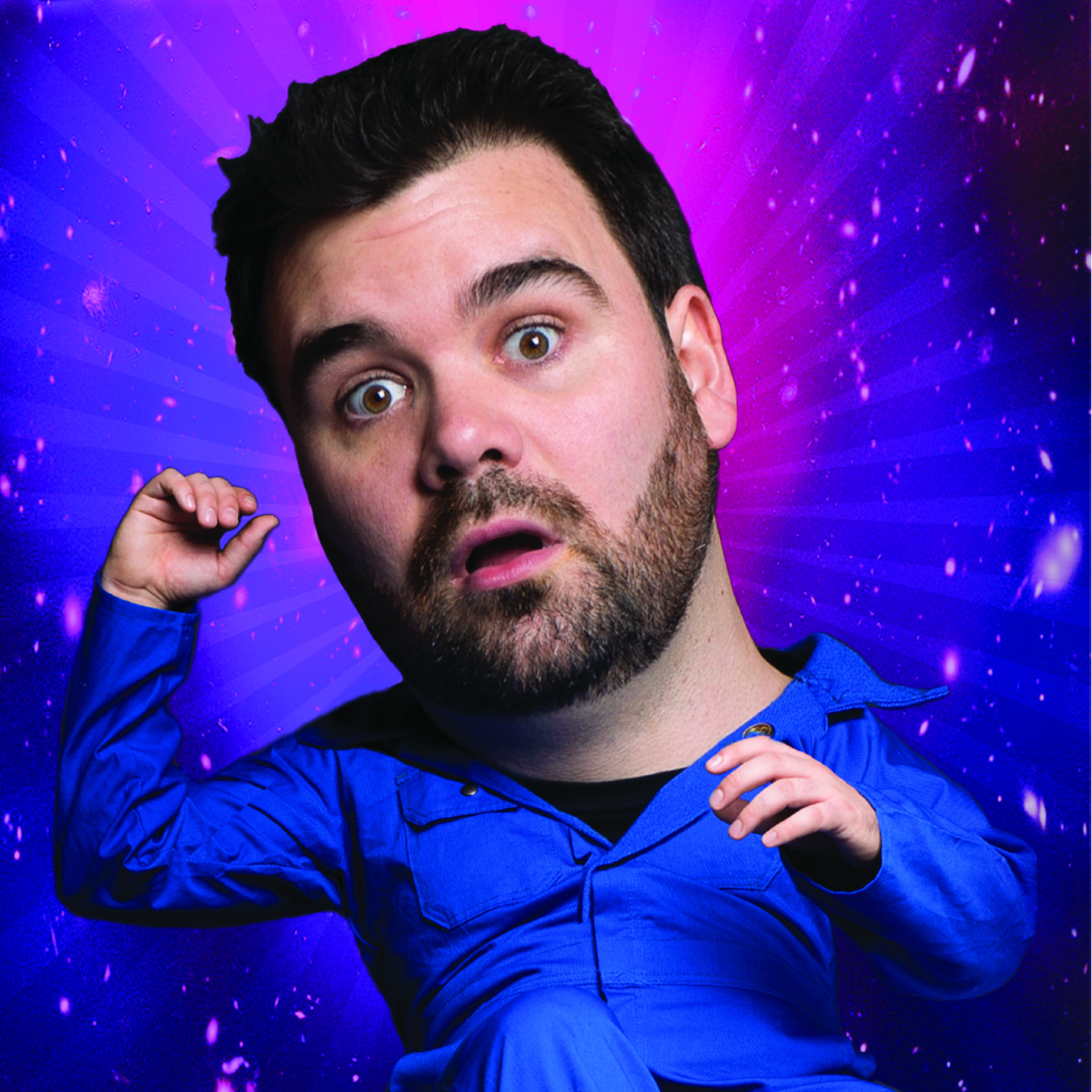 “It was the dawn of time…” So begins Adam Pateman’s thoroughly delightful Alone in the Universe.  With a series of increasingly neurotic mute living tableux, Pateman takes us through the history of humankind, from the primordial ooze, to newborn babies, to “Mothers who walk into the kitchen and forget why they were there,” and finally to his own self. Pateman boldy announces that he has decided to donate himself to science in order to find the meaning of existence. He is strapped into a rocket and launched into space, where he encounters a mysterious cosmic being who he asks The Ultimate Question. This is when he discovers that unless someone figures it out in the next 30 minutes, they’re going to pull the plug on the universe. So, in a last-ditch effort to save the cosmos, he is returned to Earth to give an oral presentation on the meaning of life. After this thoroughly original opening, Pateman starts to veer into more familiar solo show territory, regaling the audience with stories of his life, starting when he was just a wee boy. Familiar it may be, but stale it is not.

Pateman’s gifts with physical comedy and comic timing make this a far above average example of solo storytelling. Though much of it is closer in tone to stand up comedy than to theatre, it’s constantly hilarious, and punctuated by occasional impersonations of some of the key figures in Pateman’s stories, as well as by check-ins with the cosmic being, who is thoroughly unimpressed by Pateman’s attempt to discover the meaning of existence. Nevertheless, our intrepid hero plugs on, taking us through all the stages of his life, right up until the time he thought he died. Every one of his stories is honest, self-deprecating, and painfully relatable. They are celebrations of the oddness and neurosis in us all, and it’s hard not to love him for rubbing our faces in it so affectionately. At times it seems like the framing device is only vaguely related to the main storytelling content of the show, as if it were added after to give the show an extra kick of originality. But it’s so bizarre and so thoroughly hilarious that the lack of connection hardly seems to matter, because you’re just glad to be along for the ride.

Adam Pateman is clearly a master of solo comedy, and seeing him do what he does in the intimacy of the Carousel Theatre studio is an unmissable addition to this year’s Fringe.